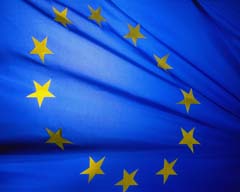 Membership in the European Union remains a dream of all countries that emerged from the ashes of the former Yugoslav Federation, with some of them still far away from achieving of this goal.

Nonetheless, the paper adds, the prospects are not all that bleak. Macedonia might get a date for start of accession negotiations with the EU soon, Croatia is looking to complete the negotiations in 2010 and Serbia confirmed recently that EU membership is its top priority.

Slovenia is the only country of ex-Yugoslavia that managed to join the Union, while all the others are lagging far behind.

Bosnia and Kosovo – the two countries over which the West practically waged wars – are widely seen as failed states, lacking capacity to overcome the inter-ethnic differences and incapable of self-rule, London’s paper says.

The situation in Bosnia is so bad that EU demonstrates reluctance to take over the patronage there, leaving the office of the High Representative of the international community open even two years after the initially scheduled shutdown in 2007.

The conditions in Kosovo are very similar, Europe cannot afford to let the recently formed state to take care of itself because of its notoriety as a smuggling hub.