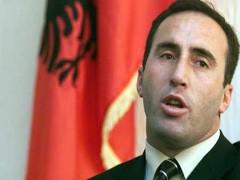 The retrial of the former Kosovo Prime Minister Ramush Haradinaj is scheduled to begin Wednesday at the International Criminal Tribunal for the former Yugoslavia (ICTY).

After the original trial that ended in Aril 2008, Haradinaj was found not guilty on all 37 counts of war crimes committed against Serbs, Romas and Albanians in Kosovo.
The indictment accused Haradinaj (39), a former KLA commander of committing a host of war crimes, including murder, unlawful removal, torture and rape in western Kosovo from 1 March to 30 September, 1998.

The Prosecution requested a 28 years prison sentence for Haradinaj.