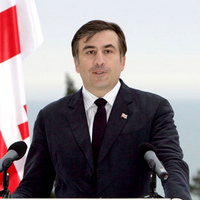 “I will talk to the U.S vice president and I have asked the French president to discuss the issue as a guarantor of the ceasefire agreement. I will put ask about Russia’s frequent provocations,” Saakashvili said.

According to the president, “the response to the provocations must be louder.” He expressed dissatisfaction with the international community’s passivity in terms of implementing the ceasefire signed Aug.12, 2008 on the Georgian-South Ossetian conflict.