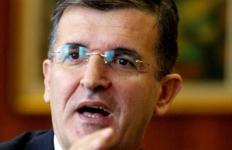 Montenegrin Deputy Prime Minister Svetozar Marovic said that there are no obstacles for Montenegro to establish diplomatic relations with Kosovo.

Marovic said that Serbia should not be angry to Montenegro due to Podgorica’s decision and ongoing preparations for opening its consular department in Pristina.

When asked whether Montenegro would withdraw recognition of Kosovo’s independence if the International Court of Justice advisory opinion on the legality on the issue, that is discussed in the Court from 1 to 11 December, proves to be in favour of Serbia, the minister didn’t answer directly.

“I am not convinced that we can expect all the major countries that have recognised Kosovo’s independence to bring their decision into question… If the Court decides recognition was illegal, then Montenegro will see what to do,”  Marovic said.

He added that Montenegro has about 10,000 displaced people from Kosovo, a thousand of whom would like to return to their hometowns and it is up to the governments of Kosovo and Montenegro to resolve it.

According to the agency, the deputy prime minister expressed his belief that Serbia and Montenegro should be ‘the most friendly’ countries in the region.