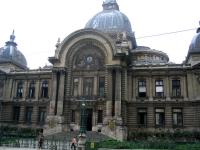 The International Monetary Fund, IMF, on Thursday upped its economic growth forecast for the country for this year and next, and said Bucharest could receive its next loan tranche in February.

At the same time, following its joint mission to the country earlier this week with the IMF, the European Commission said Romania is making “good progress” on its 2009 budget plan.

The commission said it will release a 1 billion euro payment at the end of January, provided Romania sticks to its current plan to limit its budget deficit to 7.3 per cent of gross domestic product this year, the Dow Jones reports.

Earlier Thursday, newly elected President Traian Basescu said he hopes Romania will receive a further tranche of its 20 billion euro of the IMF-led aid package worth 2.3 billion euro on 17 February.

“Based on progress so far, we are optimistic that the staff can move the review quickly to the IMF Executive Board for a meeting by mid-February,” the Fund said in a statement.

It said disbursement could follow, subject to a favourable decision by the IMF Board.

It said it expected Romania’s economy to shrink 7 per cent this year, compared with a previous estimate of between 7.5 and 8 per cent, and to grow 1.3 per cent in 2010, more than the earlier estimated 0.5 per cent.

Post Views: 57
Previous Three K. Serbs released from custody
Next Serbia to get USD 200 mln from Russia for its budget deficit