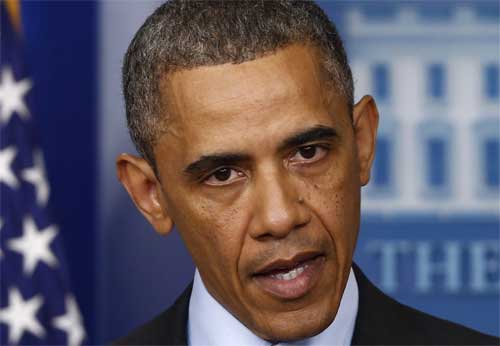 Dropping by a White House meeting between Patrushev and Thomas Donilon, his national security advisor, Obama discussed the need for a negotiated political settlement in Syria as well as the importance of deepening counterterrorism cooperation between the United States and Russia, the National Security Council of the White House said in a statement.

Washington and Moscow are working toward a peace conference in Geneva aiming to end the violence in Syria.