Turkey says it could lose desire to join EU 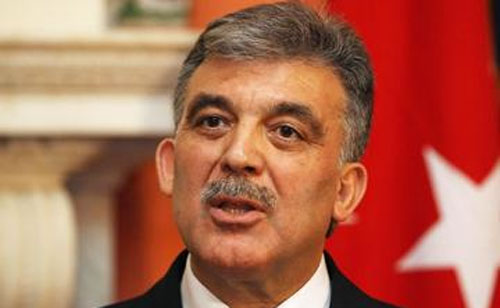 Turkey will keep implementing reforms oriented towards eventual EU accession, but its desire to join the union might not last for too long, stated Turkish President Abullah Gul.

Tuesday Gul was on an official visit to Norway, where he met Norwegian King Harald V.

“European countries should not block talks with Turkey. Our goal at present is to successfully finish negotiations,” said the Turkish head of state.

“But after fulfilling all requirements, Turkey might eventully lose its drive to enter the EU, just like Norway did,” added he.

However, Gul reaffirmed that his government is presently making all efforts to implement radical reforms in the functioning of his country to get in line with EU requuirements.

On his part, Norwegian King Harald V saluted Turkey’s ongoing procedure to draft a new constitution, saying he hopes it will assume its rightful place among democratic EU constitutions.