MANILA, Philippines, June 19, (AP): Philippine security forces battled Abu Sayyaf militants in the south on Thursday in fierce clashes that killed seven troops and 10 rebels in the latest confrontation in the insurgency-wracked region, military officials said. Government forces were patrolling a remote jungle area when they saw a group of Abu Sayyaf gunmen and engaged them in a gunbattle that killed a marine near Patikul in predominantly Muslim Sulu province, military spokesman Lt Col Ramon Zagala said.

An army outpost near the initial clash was hit by mortar fire 10 minutes later, killing six soldiers and wounding several others, Zagala said. He said three of the wounded were in serious condition and were airlifted by helicopters to a military hospital in southern Zamboanga city. At least 24 marines and soldiers were wounded in the clashes, mostly by the barrage of mortar fire. The military said 10 militants were killed in the fighting. Troops were pursuing the retreating militants, who were believed to be led by an Abu Sayyaf commander named Hairullah Asbang who has been linked to recent ransom kidnappings, the military said.

The militants have been holding a number of kidnap victims in Sulu’s jungles, including two European bird watchers who were abducted two years ago and a Malaysian-Chinese who was seized from the Malaysian state of Sabah more recently. There were no indications that the captives were at the scene of the fighting, officials said.

The Abu Sayyaf, which is listed by Washington as a terrorist organization, was organized in the early 1990s in Basilan province, near Sulu. With an unwieldy collective of preachers and outlaws, it vowed to wage jihad, or holy war, but lost its key leaders early in combat, sending it on a violent path of extremism and criminality. Although the Abu Sayyaf’s ranks have been largely decimated by a US-backed Philippine anti-terrorism campaign, the militants have endured in a poor region with many guns and weak law enforcement.

The group remains a security threat with about 300 armed fighters split into several factions in Sulu, Basilan and outlying islands, where they survive mostly on ransom kidnappings and extortion. In recent months, the gunmen have stepped up their kidnappings of tourists and businesspeople in Malaysia’s Sabah state, a short boat ride from the southern Philippines, sparking alarm and a Malaysian security clampdown 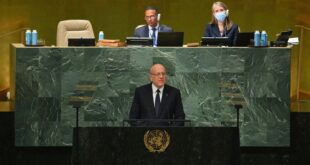 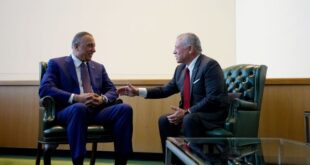 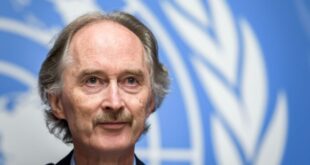 Geir Pedersen, the UN special envoy for Syria, says that the country faces a ‘crisis …