Cairo Court to decide on Mubarak on Saturday 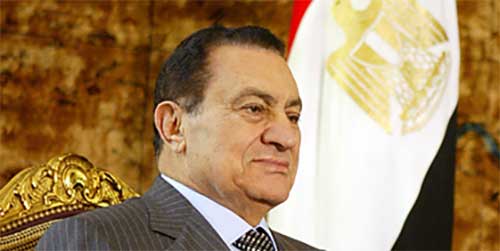 Mubarak, Al-Adly, and his six aides are accused of being behind killing and injuring peaceful protesters who took to the streets during the 25 January Revolution in 2011to demand social, political and economic reforms.

Mubarak, his sons, Alaa and Gamal, and Salem are also facing corruption charges that include wasting public funds and exporting Egypt’s natural gas to Israel in return for a price lower than the international market rate.

In February 2013, the Cairo Cassation Court overturned the verdict, granting Mubarak and all his co-defendants a retrial.

Post Views: 215
Previous India could be asked to join fight against IS
Next Obama condemns Russian agression against Ukraine