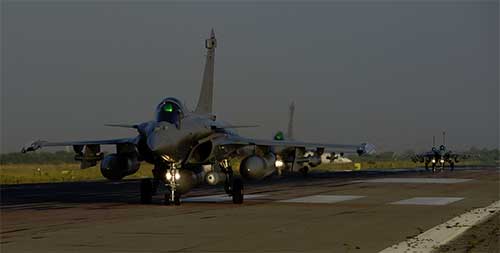 France’s Dassault Aviation has been trying to clinch a deal to sell India its Rafale jets since New Delhi chose the company over other foreign plane manufacturers in 2012. But disagreements over cost and work-sharing have slowed talks, while India’s weak economy has stretched government finances.

“Both sides agreed to take forward the strategic co-operation between the two countries. They discussed all issues including Rafale. It was decided that whatever differences still existed would be resolved in a fast-track manner,” said Indian defence ministry spokesman Sitanshu Kar.

Under the deal, which would provide a major boost to French domestic defence manufacturing, the first 18 planes will be made in France and shipped to India, while the remaining 108 will be produced by state-run Hindustan Aeronautics Ltd.