Nairobi – A Malian military official said at least 15 soldiers were killed in an ambush by rebel fighters of the Islamic extremist group al-Shabaab.
Colonel Ahmed Muse said late Monday that the ambush took place near Walaweyn, a town in the Lower Shabelle region, about 93 kilometers south of the capital, Mogadishu.
He said the rebels seized three military vehicles during the ambush.
Al-Shabaab claimed responsibility for the attack and said it had killed 30 soldiers, but it was impossible to independently verify the claims of the group.
This attack comes a day after extremists attacked a hotel in Mogadishu, killing at least 12 people and injuring many others before they were killed by security forces. 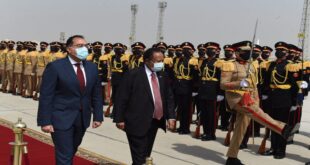