Situation in Libya: Algeria says it doesn’t support any side to the detriment of another 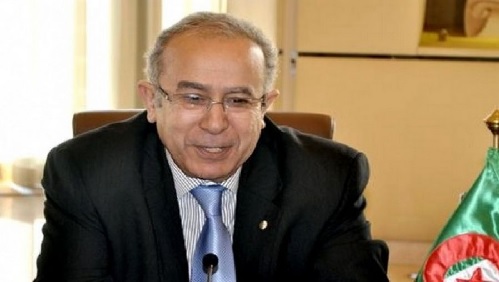 Minister of State, Minister of Foreign Affairs and International Cooperation Ramtane Lamamra said Friday that Algeria doesn’t support any side to the detriment of another.”
“Algeria supports the Libyan people as the two countries have a common destiny and it is in the interest of Algeria that Libya gets out of its current crisis because it will directly have repercussions on its security and stability,” said Lamamra in an interview with the satellite channel “Al-Arabiya.”
The minister denies the existence of any disagreement between Algeria and Egypt concerning the settlement of the Libyan crisis, considering that “the two countries have the same views about the imperative need to support the concerned sides to resolve the crisis.”
In this regard, Lamamra called on the Libyan belligerents to “continue with the new United Nations envoy the political discussions that his predecessor Bernardino Leon started.”
The Libyan parties in conflict “are, now more than ever, called to find a solution to the crisis because the situation is unbearable,” said Lamamra.

Post Views: 96
Previous Heavy fighting in Benghazi, 16 killed
Next Police are questioning the family of one of the identified Paris attacks gunmen Omar Ismail Mostefai