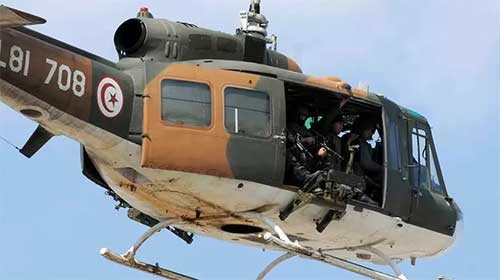 Twelve Algerian soldiers were killed on Sunday in a helicopter crash caused by technical failure in the south of the country, the defence ministry said.
The Mi-171 helicopter crashed during a reconnaissance mission near Reggane, in the southwestern province of Adrar.
The vice-minister of defence and army chief of staff Ahmed Gaid Salah “immediately ordered that an enquiry be established to determine the causes of the accident,” the statement said.
In February 2014, an army plane crashed in east Algeria, killing 77 people.
In October the same year, a military plane crashed in the south of the country during a training exercise, killing the two men on board.
And in December 2012, two military planes collided mid-flight during a training exercise in Tlemcen, in the far west of the country, killing both pilots.