UK affirms support for Tunisia in fight against terror 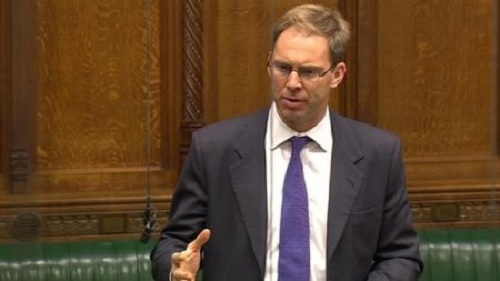 Foreign Office Minister for the MENA Region Tobias Ellwood reaffirmed the United Kingdom’s “commitment to stand with Tunisia in helping defeat terrorism.”
“The security that Tunisia is requiring is the security we need,” he said in a telephone interview with TAP on Wednesday.
“We want to stand by Tunisia to get tourism back and help the country move to a place where to be able to change the travel advice” for British nationals to Tunisia, he noted, adding: “Britons want to return and are really keen to return as tourists to Tunisia.”
Because there have been two attacks (Bardo and Sousse) in Tunisia, “there was a recognition that the terrorist threat has risen as a consequence of the threat coming from Libya,” he added.
“The first duty of a nation is to protect its nationals,” he justified.
In this regard, Ellwood said “a service of solemn commemoration was conducted on Tuesday at the Westminster Abbey in London, for the victims of lthe attack that took place in Tunisia on June 26, 2015.” It was attended by Prince Harry and Prime Minister David Cameron.
Tunisian Minister of Tourism and Handicraft Salma Rekik came across and attended the ceremony along with Tunisia’s ambassador to the UK, he pointed out.
“Many Britons were killed and injured and hundreds who had witnessed the attack are still affected,” Ellwood said.
On the review or eventually lifting the travel ban for Tunisia, the Minister for the MENA region said: “it is not for me to decide on that, we have an independent assessment team that comes down to make a judgment and they will report back.”
“It is in everybody interest to support Tunisia to make sure you were able to do with this new form of extremism and threat which seem to come mainly from Libya,” he argued.
The British official said the UK and Tunisia “have been working on 45 areas to improve,” especially security in airports and borders and intelligence-gathering.
“Huge progress has been made in many areas but we are aware that things cannot change overnight,” he pointed out.