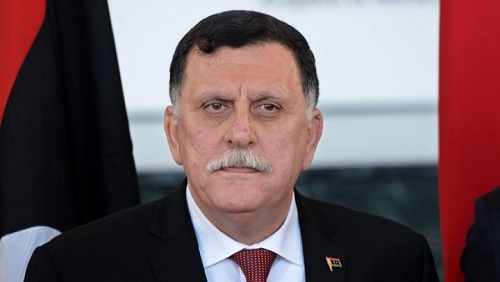 Prime Minister of the Libyan Government of National Accord (GNA), Fayez al-Sarraj will visit Khartoum within the next few days, said Sudan’s foreign ministry.
In a press release released on Wednesday, Sudan’s Foreign Minister Ibrahim Ghandour has welcomed the upcoming visit of al-Sarraj, stressing his country’s support to the Libyan GNA.
He added that Sudan would harness all its capabilities to support the Libyan people.
The press release, however, did not mention the definitive date of the arrival of the Libyan senior official.
Meanwhile, the press release pointed that Ghandour has met with his Libyan counterpart Mohamed al-Taher Sayala in New York on the sidelines of the UN General assembly meetings.
It added that the two ministers discussed the situation in Libya in light of the recent seizure of four oil-exporting facilities in the so-called oil crescent in east Libya by renegade General Khalifa Haftar’s forces.
According to the press release, the Libyan Foreign Minister asked for Sudan’s support to the GNA and denounced the involvement of the Darfur rebel Justice and Equality Movement (JEM) in the fighting in east Libya.