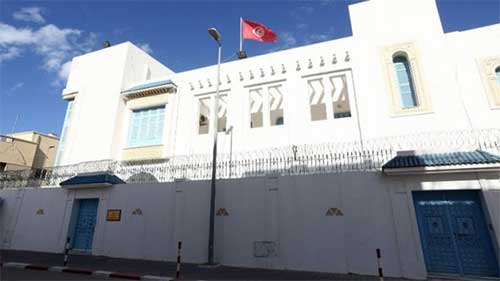 The Tunisian government has disclosed that it is ready to reopen its embassy in Tripoli if the Libyan authorities provide guarantees for the safety of the diplomatic attache.
The Tunisian Foreign Minister, Khemaies Jhinaoui, said Sunday that his country was one of the first countries to recognise the Government of National Accord (GNA) and was willing to deploy its diplomatic attache to Tripoli but until now, “the situation regarding security is tough and perplexed.” He added.
The Tunisian Foreign Minister also alluded to the Tunisians missing in Libya since 2014, referring specifically to the two journalists who went missing in the east.
“Tunisia has made official and unofficial contacts looking for those nationals across Libya, we even asked the United Nations for help, demanding it to communicate with all of the Libyan parties for information, yet all went in vain so far.” FM Khemaies Jhinaoui concluded.