At least 5 dead as militias clash in Libya capital 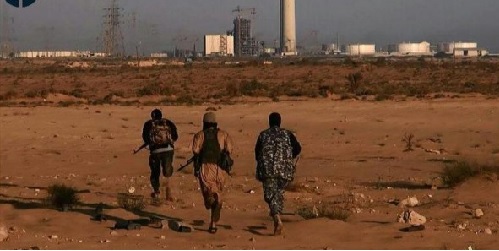 At least five people were killed in fierce clashes on Friday between rival armed groups in the Libyan capital Tripoli, seat of a UN-backed unity government, a hospital official said.
The city has been gripped by a power struggle between dozens of militias since a NATO-backed uprising toppled longtime dictator Moammar Gaddafi in 2011.
An official at a Tripoli hospital gave a “provisional” toll of five dead and several wounded, including civilians.
AFP journalists heard explosions and artillery fire as fighting broke out in the Abu Slim, Al-Hadhba and Salaheddin districts in the south of the city.
A militia loyal to the unity government, the Abu Slim Deterrence Force, said on its Facebook page that it lost five fighters but it was unclear if they were included in the hospital toll.
UN envoy Martin Kobler issued an appeal for a halt to the fighting.
“Voices of reason should prevail for the benefit of the country,” he said. “Political aims must not be pursued through violence. Civilians must be protected.”
Witnesses said tanks had been deployed in the fighting.
British ambassador Peter Millett tweeted that he could hear explosions and artillery in south Tripoli.
He condemned “action by these militias who threaten security” in the run-up to the Muslim holy month of Ramadan, which begins on Saturday in Libya.
Groups hostile to the Government of National Accord (GNA) said they had attacked loyalist forces.