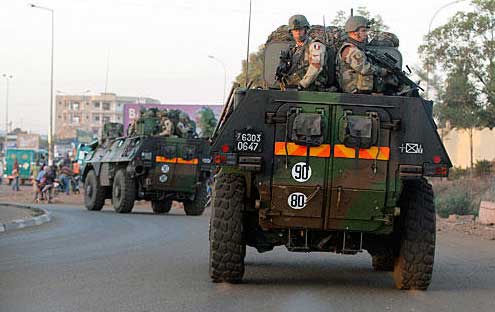 fficials say that French soldiers deployed to Mali to fight against Islamic extremists have killed at least 20 jihadis at the country’s border with Burkina Faso.
French Operation Barkhane said on Friday that activities carried out by soldiers from Sunday to Thursday in the Serma forest left 20 jihadis “out of combat.” It said the operation began with
airstrikes followed by soldiers on land, but it didn’t specify how the jihadis were killed.
A resident says various Islamic extremists are active in the forest, including Macina Liberation Front members, jihadis from Burkina Faso and Islamic State group members. The resident spoke on condition of anonymity for security reasons.
About 1 600 French soldiers are deployed in Mali as part of the larger Operation Barkhane against Islamic extremists in the Sahel region.