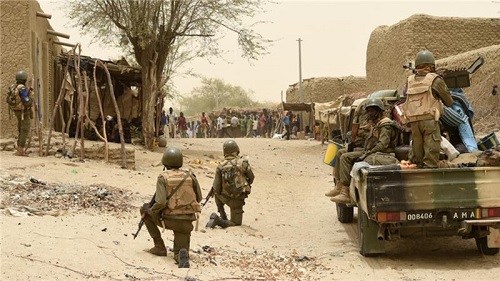 Eight Chadian soldiers were killed in fierce fighting with Boko Haram insurgents at the weekend on islands on Lake Chad, which borders four countries on the edge of the Sahara, Chad’s army said on Monday.
“Our forces attacked Boko Haram elements on five islands near Nigeria on June 24 and 25,” said spokesperson Colonel Azem, indicating eight soldiers had died and another 18 were wounded.
He also claimed troops had killed 162 jihadists from the Nigeria-based group.
Chad is part of a five-nation regional force – comprising Nigeria, Cameroon, Niger and Benin – fighting Boko Haram, which is blamed for killing at least 20 000 people and leaving another 2.6 million homeless.
There have been frequent clashes on the many islands of Lake Chad since the Boko Haram conflict began in 2009. The lake borders Chad, Cameroon, Niger and Nigeria.