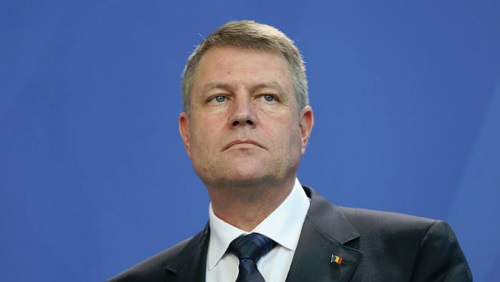 Romanian President Iohannis announced on Thursday that he had cancelled the visit he planned to pay in October to Ukraine, due to the adoption of the education law by the Ukrainian Parliament, arguing the law drastically limits the access of minorities to education in their native language.
“Subsequently, I have cancelled my visit to Ukraine and I have also called off the reception of Parliament’s Chairman, who had taken an appointment with me for late September, thus conveying extremely strong diplomatic signals. Calling off a presidential visit is a very strong signal,” Iohannis said.
He pointed out that the education law passed in Ukraine opposes mutual good intentions.
“I had a visit to Ukraine scheduled for October this year, a visit that I have prepared in several stages with President Poroshenko. The last round of talks was at the NATO meeting in Brussels. I was very, very unpleasantly surprised at the turn of events in Ukraine’s Parliament, that, without communicating to its partners, and we are Ukraine’s partners, has passed a law that in our view, opposes to our mutual good intentions. As a matter of fact, this law, if passed, will drastically limit the access of minorities to education in their native language. We are deeply hurt by this. We have many Romanians in Ukraine,” President Iohannis stated.
He reavealed that he and his Ukrainian counterpart were supposed to visit the Bukovine region, where many Ukrainian Romanians live.
“This law comes at the wrong time and the entire approach needs to be questioned,” the head of state added.
The Romanian president said he had met President Poroshenko on the NATO hallways and told him what he considered cancelling the visit.

Post Views: 313
Previous EU expresses regret over Kurdish referendum in Iraq
Next Romania to but first Patriot system this year