US demands Egypt to sever ties with N. Korea 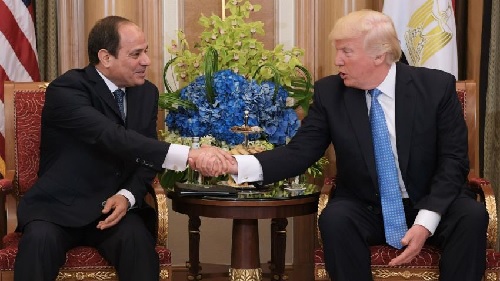 US President Donald Trump’s administration has demanded that Egypt cut all ties with North Korea or face further punitive action, diplomatic sources have said.
Washington has warned Cairo over its military relations with the pariah Asian state.
The Trump administration has urgently demanded that Egypt close military attache offices and all related activity in both Cairo and Pyongyang.
Egypt’s delay in ending relations has angered the US intelligence services. Washington could take further action against Cairo if it fails to adhere to the demands.
The sanctions could go beyond freezing military and economic aid and touch other matters.
US authorities froze or delayed about $300 million in military aid to Egypt this year over Cairo’s poor human rights record and dealings with North Korea.
Last week, the Egyptian government denied that a shipment of weapons from North Korea was destined for its military, as reported in US media.
The arms deal between Cairo and Pyongyang took place despite relations between the US and North Korea hitting an exceptional low point.