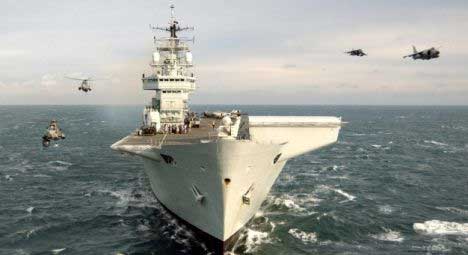 The nine member countries on NATO’s eastern flank, the so-called ‘Bucharest Nine’, want the increased presence of that alliance in their region, Polish President Andrzej Duda announced after the group met in Warsaw yesterday, Friday.
The Group, which comprises the three Baltic States of Estonia, Latvia and Lithuania, the Visegrád countries of the Czech Republic, Hungary, Poland and Slovakia plus the eastern Balkan nations of Romania and Bulgaria, believes it necessary to augment NATO’s current ground troops with “aerial and naval components in order to achieve the full spectrum,” Duda told reporters alongside his Romanian counterpart Klaus Iohannis.
The Bucharest Nine adopted a joint statement in which they called on the US-led alliance to discuss the increased presence at next month’s NATO summit in Brussels.
They also requested that NATO deliver a response to what has often been termed in the west as Russian “hybrid warfare” techniques, including military, financial and political manipulation backed by computer hacking and propaganda.
NATO has beefed up its defenses in central and eastern Europe in response to growing fears about Russia, following Moscow’s effective annexation of Crimea in 2014 and the ongoing fighting in the Donbass region of eastern Ukraine between Ukrainian forces and Russian-backed separatists.