Iran on Sunday has officially announced the beginning of the second phase of reduction of its commitments under the 2015 nuclear deal, increasing the level of its uranium enrichment to a level beyond the 3.67% limit set by the accord.

The decision was announced by Iranian government spokesman, Ali Rabiei in a press conference also attended by deputy Foreign Minister for Political Affairs Seyyed Abbas Araqchi and the spokesman for the Atomic Energy Organization of Iran (AEOI) Behrouz Kamalvandi.

“Today is the last day of first 60-day phase and we will go through the second phase, as our demands haven’t been fulfilled,” Araqchi said.

“We will no longer remain committed to the uranium enrichment level set by 2015 nuclear deal during the second phase. Iranian Foreign Minister, Mohammad Javad Zarif will write a letter to Federica Mogherini, the EU foreign policy chief, to outline Iran’s plans to shed further commitments to the JCPOA,” he added.

“Iran’s move to reduce its commitments is not aimed at undermining the JCPOA, but also an attempt to save it. Reduction of commitments does not violate the nuclear deal, but is based on Articles 26 and 36 of the agreement itself. We also explain our grievances against US and Europeans. They failed to implement their commitments and should be held accountable,” Araqchi stressed.

“The move, of course, is in a way that there is chance for diplomacy and interaction during the period and if the chance is not used, no one should doubt that Iran’s decision to reduce commitments will go on” he added.

He also announced that if European sides’ efforts do not lead to a result, Iran will begin the third phase after 60 days.

“No matter that return to the negotiations was based on US’ willingness or France’s initiative, Iran’s stance on the issue is of importance. We will not allow Americans to move forward with their maximum pressure policy against Iran,” Abbas Araqchi said.

“All Iranian organizations not to pin hope on the European financial mechanism, known as INSTEX, which was meant to facilitate trade with Tehran under the US sanctions. Iranian firms and bodies must not wait for INSTEX to work and they’d better move based on resistance economy,” he also said.

“The US has withdrawn from the JCPOA and cannot use any of its mechanisms, but it can take part in the P4+1 meetings on the condition that it lifts oil and banking sanctions against Iran. Other sanctions would be considered as well,” Araqchi noted.

He stressed, however, that the deal would under no circumstances be renegotiated and that it should be implemented precisely as it is.

Meanwhile, Iranian government spokesman Ali Rabiei said, “Today we will surpass the 3.67% limit on uranium enrichment. The purity level will be based on our need, and that will be officially realized today”.

“Government’s decisions are within national interests,” he added.

Kamalvandi has also said at the press conference, “Tomorrow, when the IAEA takes the sample, we have gone beyond the 3.67% limit. This time, the reductions will take immediate effect”.

“Our uranium enrichment and stockpile are on a rising trajectory. We have to take into account the country’s needs and requirements,” he added.

“Iran is capable of restoring the Arak reactor to its original design, and will do so based on its needs,” the spokesman noted, saying that Iran had not yet decided on the level of enrichment for the Tehran research reactor.

“What we’re doing today is meant to provide the enrichment level we need for the fuel of our power plants, and the level of enrichment can go up based on the orders we get,” he noted.

Post Views: 79
Previous US has given Lebanese Armed Forces a pass with Hezbollah — conditioning aid is necessary
Next MP reveals details of Iran plan to charge ships passing through Strait of Hormuz 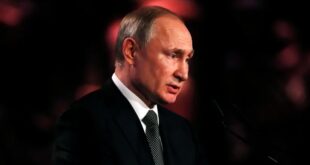