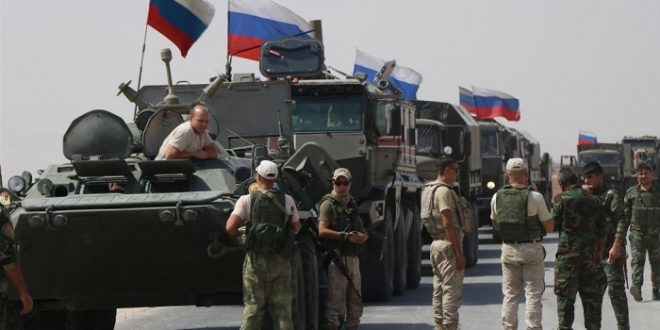 Two years have passed since Syria’s south and southwestern regions were seized by government forces. Dubbed the “South Syria Deal,” a U.S.-Russian understanding with Jordan’s and Israel’s blessings, government forces and “state Symbols” took control of the countrysides of Daraa and Qunaytirah. Daraa-based opposition forces had to surrender and make do with a limited presence in the form of local councils while “non-Syrian elements” (a euphemism for pro-Iran militias) were removed from the Jordan and Golan borders.

Two years since the deal was struck, the region remains violent and insecure. Opposition leaders have been frustrated with a lack of local autonomy, Jordan is still unable to relocate refugees in large numbers, and Iran’s continued presence is prompting Israeli airstrikes. As diplomatic attention turns to Syrian opposition forces in the country’s northwest, it is important to examine Washington’s gambit in abandoning its support of local forces in the south.

History of the South Syria Deal

The driving force behind the deal has been Russia, the main player in Syria since its military intervention in 2015. The origins of the deal lie in a May 2017 agreement between Russia, Iran, and Turkey that established four “de-escalation zones” in Syria, the goal of which was to help the Syrian government defeat the opposition and Free Syrian Army (FSA).

At the time, the United States had been more involved in Syria, both overtly with the Al-Tanf military base in Homs, which is dedicated to training anti-ISIS forces in the region, and covertly with a secret, CIA-headed effort to train and arm Syrian rebel forces. One goal of the United States was to protect the interests of its regional allies, such as Israel and Jordan, making Iran’s involvement in the talks disconcerting to Washington.

In July 2017, U.S. President Donald Trump and Russian President Vladimir Putin announced a cease-fire agreement between the Syrian government and opposition. Ahead of the agreement, Trump shut down CIA efforts to fund the rebels, in effect agreeing to let Russia maintain the upper hand in Syria. (Moscow has tried to push Washington to shutter Al-Tanf, but no agreement has been reached.) Talks between Russia and the United States continued, specifically with regard to Iran’s continued presence and Israeli security, until a deal was reached in 2018 to remove pro-Iran forces from South Syria.

During talks with opposition figures, Russia proposed forming new FSA groups under the Russian-controlled 5th Corps of the Syrian military. Moscow’s aim was to create their own local army so they can control what is happening there and prevent Iran from recruiting Syrian militias.

The city of Daraa is largely empty. Eyewitnesses have reported that government forces have one checkpoint at the entrance of the city from the Amman-Damascus highway with portraits of President Bashar Assad and statements of glorification for the official army. Pro-government checkpoints inside the city are scarce, with a lackluster presence for the army, security forces, and Russian officials.

The U.S.-Russian agreement didn’t stop government forces from seeking to seize full control of South Syria. It also failed to completely keep Iranian forces away from the Jordanian or Israeli borders. Russia has had to intervene on multiple occasions to stop government forces from raiding Daraa countryside. In one example, government forces sent military reinforcements to Tafas , reportedly from the 4th Armored Division and the Republican Guard who are believed to be more intimate with Iran. This came after former FSA fighters took control of a government checkpoint ahead of an attack on Tafas. Those tensions prompted a Russian intervention.

Iran may have withdrawn its non-Syrian militias, but it didn’t stop seeking to consolidate its power and presence through other means, mainly by enlisting Syrian militias in the countrysides of Daraa, Suwayda, and Qunaytirah to keep the pressure on Israel. Iran also tried to bolster its leverage by supporting the Syrian army’s 4th Armoured Division, considering that its commander, President Bashar al-Assad’s younger brother Maher al-Assad, is close to Tehran. This was clear with the 4th Division resurfacing after the Russian-backed 5th Corps had established its grounds.

Tehran and Moscow have been engaged in a quiet struggle over South Syria, which is being played out via two proxy forces in the Syrian military: the Iranian-leaning 4th Division and the Russian-backed 5th Corps. This struggle manifested itself in repeated attempts by each side to take full control of the province. The 4th Division sought to enlist fighters, especially former opposition fighters, by offering them monthly wages and other privileges including protection and keeping them stationed in Daraa rather than deploying them to Idlib or Central Syria.

According to some activists and officials in Daraa, Russia and its 5th Corps, which has former opposition fighters who agreed to the settlement and declined to go to Idlib, still have the upper hand. I was told by an opposition leader that the 5th Corps is planning to raise its manpower to 20,000 fighters. Many are now opting to join the 5th Corps rather than joining the government army or the 4th Division or turning into fugitives.

Ahmad al-Ouda, the leader of 5th Corps, sponsored a graduation ceremony that was attended by Russian officers at which hundreds of fighters shouted anti-Assad chants, such as “Long live Syria” and “Down with Bashar Assad.”

In late June, Damascus and the Syrian Observatory for Human Rights reported on Israeli airstrikes in southwest Syria. Four provinces were targeted: Deir ez-Zor, Homs, Hamah, and Suwayda. “One of our military points near Salkhad, south of Suwayda have been targeted.” SANA reported. Israel renewed its airstrikes in late August, indicating that it believes Russia has failed to keep Iran away from the west of Syria.

Israel has conducted hundreds of airstrikes in recent years, but these were the first that targeted the Suwayda countryside, near the Jordanian border. This suggests an Iranian presence remains in South Syria. Israel notably targeted a radar station in Tal al-Sahn, Suwayda countryside in late-June according to the ‘Suwayda 24’ network, giving rise to speculation that Iran is trying to capture this particular summit to install listening devices after Russia took control of the strategic point of Tal al-Hara in Daraa as part of U.S.-Russian understandings.

Iran has long sought to install cells in Golan, coupled with Hezbollah taking over the al-Hadar town in the Qunaytirah countryside. Israel has targeted Iran and Hezbollah cells multiple times, including assassinating Jihad Mughniyah, son of the prominent Hezbollah leader Emad Mughniyah, as he was trying to establish a presence in Golan.

Israel also carried out airstrikes on a cell in Qunaytirah countryside in early August, followed by bombing a communication point for the Syrian army in a Disengagement Zone. Israeli Prime Minister Benjamin Netanyahu warned of a “heavy” response in case of a retaliation in tandem with military exercises by the Israeli Army in the occupied parts of Golan. This came after a rare visit made by Gen. Mark Miley, the U.S. Chairman Joint Chiefs of Staff, to Tel Aviv to coordinate against Iran, particularly in Syria. The visit was designed to signal to Iran and Hezbollah the extensive coordination between the United States and Iran. The Beirut explosion, however, reshuffled plans.

Lessons from the South Syria Deal

The United States, Jordan, and the Syrian opposition have different goals, none of which were met with the implementation of the South Syrian deal.

Jordan has yet to secure its northern borders as smuggling has continued from Syria, while Damascus has made no efforts to provide better settings for the return of IDPs or refugees. The Daraa-Nasib highway is still not secure, making it difficult to resume moving cargo from Lebanon to the Gulf through Jordan.

The U.S. abandonment of the FSA has yielded no significant gains – either for the opposition, which was hoping to enjoy some degree of local authority, or Jordan, which was hoping for a safe zone into which refugees could re-enter the country.

Even those who opted to pledge allegiance to the central government haven’t gained much. A number of parliamentary candidates have voiced grievances over electoral corruption, accusing the security apparatus of registering voter names for detainees or deceased people to ensure victory for fully pro-government candidates at the expense of independent candidates.

Washington may never have been serious in supporting the FSA, especially after the rise of ISIS and Jabhat al-Nusra, but has made a huge gamble by abandoning the FSA without receiving anything in return from Moscow.

Other parties haven’t been impervious to such losses. Israel’s targeting of possible Iranian presence in Syria reflects the poor outcome of these understandings. The lack of a regulatory body over the execution of the agreement has always been a significant vulnerability insofar its execution hinges almost completely on Russia’s willingness to do so, with no accountability from the United States or any third parties such as the United Nations.

The Assad regime has made it clear that its survival strategy is to keep a delicate balance between its two allies, Moscow and Tehran, without favoring either, fearing that relying solely on one will make Damascus vulnerable to the other and other regional and global foes. The ongoing struggle between Iran and Russia in South Syria is a demonstration of this strategy that turned the regime’s areas of control, including the south, to conflict grounds.

Washington has to keep the pressure on Moscow for the deal to survive, and the current scenario in the south should be taken into consideration in any future U.S.-Russian talks with regard to the northeast of the Euphrates, where the opposition Syrian Democratic Forces are in control. The Russians are still testing U.S. resolve in that region, effectively threatening the ceasefire that was signed in mid-July 2017 and renewed last December in light of the United States withdrawing from parts of the Syrian-Turkish borders.

Washington showing more resolve in light of the South Syria Deal would yield more sustainable outcomes. The South Syria Deal is a telltale sign that Russia is willing to use any potential agreement to bolster the Syrian government’s authority toward fully retaking Syria and crushing the opposition as long as there is no accountability mechanism. This situation leaves Syria to further plunge into chaos and threatens neighboring countries, including U.S. allies.