Is there a large Turkish military camp in Syria, and is Russia preparing to attack it?

The situation in Syria remains unchanged. The Russian military continues to conduct reconnaissance activities in the Idlib and Aleppo regions. According to the Russian media AviaPro, Russia is preparing a large-scale operation against a camp near the Syrian-Turkish border.

AviaPro quoted Andrew Brittany as saying that only 300 meters from the Syrian-Turkish border in Syria had been set up training between 300 and 500 jihadists. Brittany claims the Turkish government funded the camp. The Russian media also analyzed the base’s location and concluded that Turkey would probably use it to supply weapons. According to analysts – such a gun goes into the hands of jihadists and mercenaries.

In recent months, Moscow has been heavily bombing and attacking Syrian mercenary and jihadist camps. Moscow took these actions during the Turkish intervention in Libya and during the Turkish intervention in Nagorno-Karabakh. But in this case, experts note the following – if the information is confirmed, Russia will have difficulty attacking this camp. The reason is that to do so, Russia should perform a precise air operation 300 meters from the Turkish border. Ankara has indeed deployed anti-aircraft missile systems in the area, and radars would detect a possible attack.

It is almost impossible for the Russian military to storm the camp with ground forces, as the risk of casualties is high. The only thing left is the Russian navy’s use in the Mediterranean, which has hypersonic and ballistic missiles that could easily reach and destroy the target, say analysts at BulgarianMilitary.com.

So far, BulgarianMilitary.com has no confirmed information about the speculations in the Russian media, and the opinion expressed is based on expert assumptions, not facts.

In February, Turkey lost at least 62 troops killed in Syria, nearly 100 soldiers were wounded, dozens of Turkish armored vehicles were destroyed and more than ten drones, including drone, were shot down. Washington has repeatedly accused Moscow of involvement in the deaths of Turkish soldiers, Russia rejects these allegations.

In early March, the presidents of Russia and Turkey, Vladimir Putin and Recep Tayyip Erdogan, concluded an agreement according to which a ceasefire came into force in the Idlib de-escalation zone. Syrian President Bashar al-Assad later said that if the US and Turkish military did not leave the country, Damascus would be able to use force.

The reason for the Russian-Turkish negotiations was a sharp aggravation of the situation in Idlib, where in January a large-scale offensive by the Syrian army against the positions of the armed opposition and terrorists began.

Government forces recaptured nearly half of the Idlib de-escalation zone and left behind a number of Turkish observation posts. After that, Ankara sharply increased its military contingent in the region and launched the operation “Spring Shield” to push the Syrian troops. Turkey is also supported by militants loyal to it.

Post Views: 119
Previous The World War III that never began: Russian troops in Kosovo
Next The Reference: Mercenaries and the displaced: Syrian lives lost at the hands of Erdogan 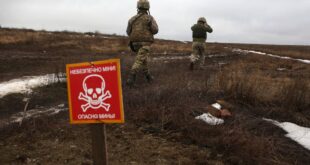 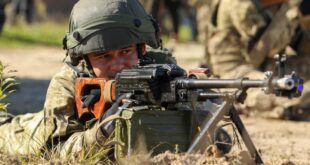 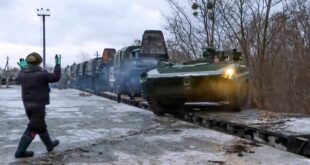 The United States will send more troops to eastern European NATO members, including Poland or …