The source added that in cooperation with honest citizens in Zakyah and Kanaker in the Damascus countryside, the terrorist operation, plotted by terrorists and Takfiri groups against Damascus, was thwarted. 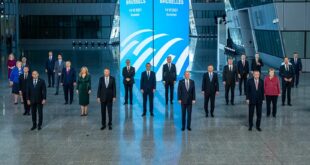 NATO has its problems, and the emergence of a European defence identity is an imperative. …