Until now, Tehran’s position has been that there is no need for negotiations, rejecting three offers by the US to restart talks.

Iran attempted to sound tough even as it buckled under the pressure of US nuclear diplomacy, and agreed to join renegotiations of the 2015 nuclear deal late Thursday.

Once again, Iran has blinked first when trying to stare down the United States.

Late Thursday night, there was an announcement that the Islamic Republic would hold a virtual meeting with England, France, Germany, China and Russia to strategize how it and the US can return to the 2015 nuclear deal. Following that virtual meeting, it was announced on Friday that the above five countries would do shuttle diplomacy on Tuesday between US and Iranian negotiators in Vienna. Iran tried to make some face-saving statements, but all of this shows that Tehran is feeling pressure to show some flexibility.

The announcement late Thursday night that the Islamic Republic will hold a virtual meeting with England, France, Germany, China and Russia to strategize how it and the US can return to the 2015 nuclear deal, shows that Tehran is feeling pressure to show some flexibility.

At the same time, all the current brinkmanship that led to the negotiations doesn’t mean the deal is done. Arriving at the point of negotiations is but the “takeoff,” and the final agreement the all-important “landing,” in the terminology of US Secretary of State Antony Blinken.

Israel will need to watch maneuvers at both stages even if it seems that the US may temporarily have the upper hand with the ayatollahs.

Until now, Tehran’s position has been that there is no need for negotiations and has rejected three offers by the US to restart direct talks.

Rather, it previously said all that is needed is for the US to lift all economic sanctions and then Iran will return to the deal’s nuclear limits.

This would have given the Islamic Republic all the leverage it needed to prevent any follow-up negotiations to lengthen and strengthen the deal, as the Biden administration has said it is committed to doing.

Tehran could take its time; estimates are that it will take a few months to sell off its excess enriched uranium.

It could also try to keep some additional advanced centrifuges it has developed in violation of the nuclear deal, even if they are temporarily and nominally disassembled.

Because of these issues, Washington has insisted on a sequenced return of both sides to the deal.

This would allow the US to hold off on some sanctions relief until the ayatollahs agree to follow up negotiations with a set time limit by which the US could snap back sanctions if Iran refuses to lengthen and strengthen the deal.

IRAN’S AGREEMENT to negotiate with the US, through the other five powers, shows that President Hassan Rouhani is worried he is running out of time to secure at least some kind of interim deal before his country’s elections in June.

It is a face-saving move by saying they are not negotiating directly with the US until it is closer to returning to the deal.

But make no mistake – it means all sides are negotiating regardless of who might be tuning in virtually or whether all negotiators happen to be in the same room at the same time.

It should not surprise observers that the nuclear staring-down contest with the US ended with Iran flinching first.
Before Biden took office, Iran gave him only a few weeks to meet all of its demands, which back then included paying compensation and giving up the power to snap back sanctions, then setting a new deadline of a few weeks later, which has also come and gone.

Iran also mostly ignored a deadline it set to stop IAEA inspections, reaching a face-saving deal in which it reduced inspections by just a little, but in which the agency is still getting to see progress in all key facilities and continues to provide regular updates of new Iranian violations.

Negotiating a sequenced return by both sides without direct meetings between the US and Iran may be the formula for reaching some kind of interim framework (“the takeoff”) for eventually reaching a new deal and add-on deal (the “landing”) in late 2021 or mid-2022, before US midterm elections.

Jerusalem needs to be careful not to become overconfident about Tehran caving first.

All of this is still only about the framework for negotiations. The Islamic Republic is at its best playing this late-diplomacy game, pulling out new demands when the other side is too committed to simply walk away.

The Biden administration can take some credit for maintaining its sanctions leverage over Iran up until this point, and Iran’s “blinking” is a good beginning.

But the hard work of landing after takeoff is just beginning.

Post Views: 59
Previous Ex-IDF intel. chief: Israel must continue covert ops in Iran
Next US must rejoin Iran deal ‘as quickly as possible’ – US lawmakers 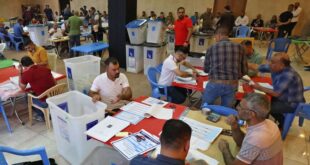 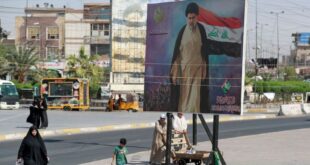 The victory of the coalition led by populist cleric Muqtada Al-Sadr, and the rise of …