EU Council President Charles Michel met with officials in Tripoli as more European officials are set to visit the capital this month.

The European Union reiterated a call for all foreign fighters to depart Libya as the war-torn country works toward a political solution to years of civil war.

EU Council President Charles Michel renewed the demand during a press conference in Tripoli on Sunday, calling it a “precondition” for Libya’s return to normalcy after a decade of intermittent civil war.

The conflict’s latest stalemate has been seized upon by United Nations officials and United States diplomats with a cease-fire to which both sides agreed last year.

That agreement stipulated that foreign fighters leave Libya in January, though there has been little sign of foreign mercenaries departing the conflict in significant numbers.

Turkey began flying planeloads of Syrian fighters into Libya’s conflict in 2019 in response to an offensive against the UN-backed government in Tripoli by rogue Libyan military leader Khalifa Hifter.

Russia, which has backed Hifter, has also flown Syrian fighters into the conflict, as well as Wagner paramilitary contractors, fighter aircraft and radar systems, alarming US officials.

Michel on Sunday vowed the EU’s support for Libya’s newly sworn-in unity government during his trip to the North African country’s capital over the weekend.

“The future of Libya is in your hands. You have a unique opportunity to build a united, sovereign, stable and prosperous country,” he said in a statement.

Michel met with Tunisian President Kais Saeed in Tunis on Monday and with Turkish President Recep Tayyip Erdogan in Ankara on Tuesday.

Egyptian President Abdel Fattah al-Sisi, who has also backed Hifter, came onboard with the cease-fire late last year amid a US diplomatic push. Sisi last week also said foreign mercenaries must leave Libya’s conflict during a call with France’s President Emmanuel Macron, according to Egypt’s presidency.

The United Arab Emirates and France have also backed Hifter’s ambitions. The US Defense Intelligence Agency reported late last year that the UAE may have partially financed Wagner’s operations in Libya. Sudanese mercenaries, at least some of them unwitting, have reportedly been trafficked to fight in the conflict by a UAE-based private security firm.

Thousands of foreign fighters are believed to remain in Libya despite progress by the interim government ahead of national elections planned for December.

Michel on Sunday called Libya’s political transition an “historic moment” and “opportunity” for Libyans to “rebuild [their] country.”

Additional EU officials will visit Libya in the next few weeks, with the EU’s ambassador to the country set to return to Tripoli at the end of the month, The Associated Press reported. 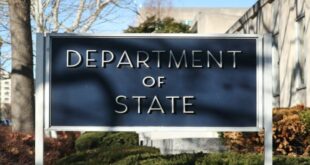 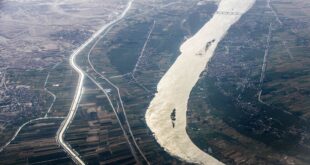