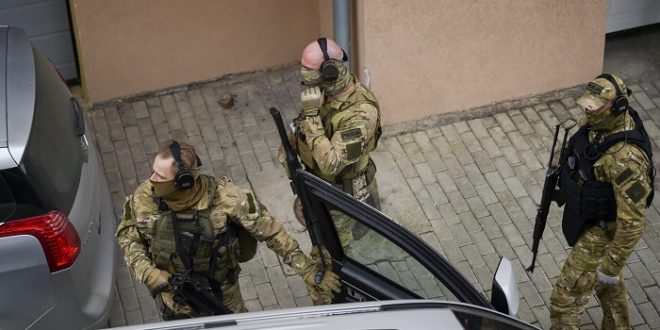 Some war crime survivors have applied to join an innovative scheme to allow victims to get involved in trials at the Hague-based Kosovo Specialist Chambers, but others remain hesitant, fearing violent retribution if their identities are revealed.

When Kosovo war victim Gani heard that former guerrilla Pjeter Shala had been arrested and extradited to The Hague to face trial, all he could think of was the detention centre where he was held by the Kosovo Liberation Army, KLA in May 1999.

Gani alleges that Shala and another man assaulted him and other Kosovo Albanian prisoners at the detention centre, with Shala using an iron bar to beat him, while another prisoner was beaten with a baseball bat covered in rubber.

Shala, who at the time was known by the KLA nom de guerre of Commander Wolf, then threw salt into the face and wounds of the other prisoner, Gani claims.

Gani had been arrested by KLA fighters at a refugee camp in northern Albania, a week after he fled Kosovo in the end of April 1999 during the NATO air campaign to end Yugoslav President Slobodan Milosevic’s campaign of repression against Kosovo Albanains. He was accused of collaborating with the Serbian authorities, whose rule over Kosovo the KLA was fighting to end.

In December 2019, Gani was interviewed as a witness by prosecutors from The Hague. Gani is not his real name; BIRN is using a pseudonym to protect his identity. Many witnesses are fearful of potential retribution in Kosovo; this is one of the reasons that the Kosovo Specialist Chambers, which will try former KLA guerrillas for wartime crimes, was set up outside the country.

Recently Gani was informed that Shala has been indicted for allegedly committing war crimes against prisoners detained at the Kukes Metal Factory in northern Albania. Shala pleaded not guilty at the Kosovo Specialist Chambers last week and described the accusations as “ridiculous”.

“I am thinking about whether I should go. I wouldn’t like to face him again. But then again, all these years I have been waiting to see him in jail,” he told BIRN at his house in a remote village.

“When it comes to them [KLA commanders], here [in Kosovo] nobody cares about the victims,” he added, frowning with anger and sadness.

So far, no precise deadline has been set for victims’ applications in the Shala case.

“Anyone who suffered harm from crimes contained in the indictment can participate in the proceedings and the Victims’ Participation Office is prepared to make every effort to assist them,” Angela Griep, a spokesperson for the Kosovo Specialist Chambers, told BIRN.

“Participating victims before the KSC may receive the acknowledgment that they were victims, so that the judges are fully aware about the impact of the crimes,” she explained.

They can also gain the satisfaction of knowing they helped to secure justice, said Griep.

“They may contribute to the uncovering of the truth, to justice, and at the same time learn more about the facts and what happened to them or their families,” she said.

Bulgaria’s Fractured Politics Marks the End of the Borissov Era

Cyprus: Toward A Non-Territorial Con-Federation? – OpEd