“In the offensive operation, military positions at Najran Airport and King Khalid Air Base have been targeted. And our operation is a legal response to the escalation of aggression and siege,” Saree added.

Yemen’s Air Force has stepped up the retaliatory attacks on Saudi Arabia in recent months, saying the strikes will continue as long as Riyadh carries on with its airstrikes and blockade.

The Saudi-led coalition has been bombing Yemen for nearly seven years, imposing a siege, starvation and lack of medical supplies on the Yemeni people, and continuing to kill women and children. 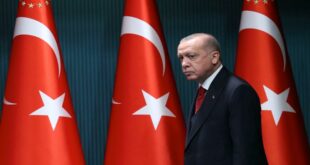 At his weakest moment, Erdogan to meet Biden