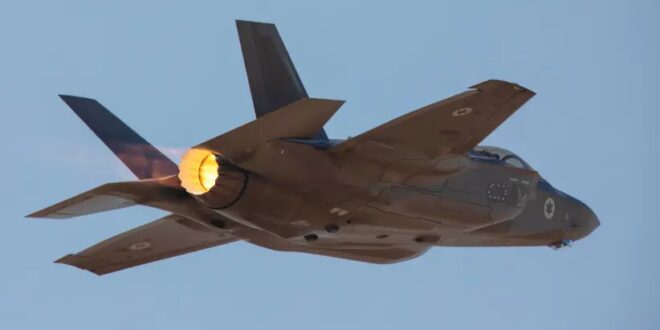 Bipartisan US senators pen support for funding of F-35 jet

Lockheed plans to deliver between 133 and 139 of the jets this year.

Twenty US senators from both parties wrote a letter to the heads of the Appropriations and Armed Services committees supporting Lockheed Martin Corp’s F-35 jet, which has suffered from cost overruns and delays.

In the May 5 letter, seen by Reuters, the senators urged funding of modernization and sustainment plans for the jet, which has struggled to meet targeted cost-per-flying-hour goals as well as mission capability rates.

The letter comes ahead of the release of the detailed version of the Pentagon’s 2022 budget request in the coming weeks and follows a similar letter signed by 132 members of the US House of Representatives from April 28.

Pentagon officials, executives from Lockheed, the jet’s prime contractor, and Raytheon Technologies Corp’s Pratt and Whitney division, which makes the F-35 engine, testified before the House Armed Services Committee on April 20 about the jet’s strengths and weaknesses.

During the testimony the executives said they were working to rectify deficiencies in the program that ran the gambit from slow software updates for the jet and its systems, to early deterioration of parts like fan blades and the pilot’s canopy.

Lockheed plans to deliver between 133 and 139 of the jets this year.

The senators noted, “near-peer adversaries like China and Russia continue to advance their air defense systems, develop their own 5th generation fighters, and invest heavily in emerging technologies that threaten America’s military edge.”

The jet has a network of more than 1,800 suppliers that has been strained during the pandemic.

Post Views: 137
Previous Russia’s role in Middle East concerning for Israel and US
Next Amidst Chinese Pledges Of Support For Russia In The Face Of Western Sanctions, Some Russians Question Depth Of Chinese Support