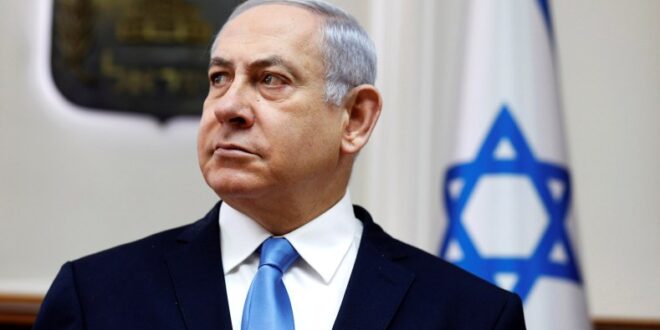 Leaders in whose hands great trust is placed by their people must have an equally great sense of responsibility of not misusing this trust and of using their position and accompanying power very carefully. Israel is obviously a very important country which has elected Benjamin Netanyahu five times to the post of its Prime Minister. Well, he wasn’t always elected in non-controversial ways and there were often allegations of various manipulations before he emerged as Prime Minister yet again. Anyway, he won enough votes to be in a position of reckoning and ultimately emerged as Prime Minister five times. The more important questions relate ultimately, in terms of their real impacts on people and policies and their place in history, not to the acquiring of power but how this power is used.

We can examine this at four levels. Firstly, what has been the impact of Natanyahu and his policies on the Palestinian people? For many people in world this is the most obvious question. The answer is equally obvious. This has been disastrous. It well be difficult to find a single Palestinian who loves Netanyahu. The reason is clear. He has done so much to deprive the Palestinian of justice overdue to them.

Secondly, what has been his role in the wider region? Clearly, he has contributed much to the destruction of two neighboring countries Iraq and Syria. Before elected representatives of the USA he lied in most blatant ways regarding the imagined nuclear weapons or weapons of mass destruction possessed by Iraq, contributing much to creating the false consensus in favor of a most destructive invasion against a country which was already half in ruins. Then with equal zeal, he plunged into efforts for securing an invasion of Iran. Fortunately these second efforts did not succeed, but Netanyahu did try his best!

Thirdly, what has been the impact of his policies on Israel? Time and again he was responsible for promoting divisive policies and creating much embitterment. He was involved in harming social security systems and privatizing important national assets. He was involved in fanning narrow resentments and aggressions for helping his own ambitions and selfish interests. He neglected the most important task and responsibility of national reconciliation and leading the country towards durable peace with justice for all. He accentuated divisions instead of bridging them and prolonged injustices instead of healing them. Elected the youngest ever Prime Minister of Israel, he betrayed the trust by getting implicated in corruption allegations all too soon. At the age of 72 and as a five times elected Prime Minister he still lives with the shame of being indicted more recently for corruption and fraud. He has hurt democracy with his constant manipulations for remaining in power and for hindering the emergence of alternatives. He could have used the services of several very capable peace and human rights activists in Israel and many learned people there to guide in an alternative path of peace and justice but he neglected the advice of such wise women and men.

Lastly, we may ask—what has been the impact of his aggression and ambition on himself? He emerges on the whole as a man going from one deception to another. While his personal life does not concern us here, it is quite a long story of many indiscretions, hardly a role model for the youth. Dogged by indictments of corruption and fraud, he spends his days in increasing tensions and has no hesitation in pushing his country towards more aggression, at least partly as a ploy of prolonging his hold on power and thereby also protecting himself from impending arrest.

All this also leads to wider questions for several other countries as well of how powerful, often charismatic leaders who received great trust and support from their people have been betraying this support but a system of checks and balances which could prevent them from inflicting great harm has not been able to work effectively. In the interests of democracy and peace, is remedial action possible in the near future?

Post Views: 106
Previous Israel is killing women and children in Gaza
Next Israeli Barbarism in Gaza