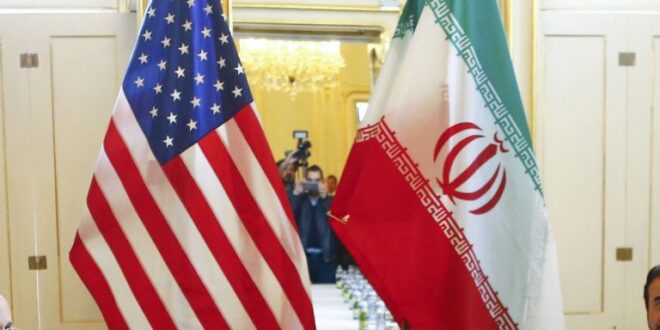 The Middle East Beginning to Adjust to Realities of Likely U.S.-Iran Deal

A flurry of diplomacy is laying the groundwork for a U.S.-Iran agreement on a mutual return to the 2015 multilateral Iran nuclear deal.

The core of the regional discussions focuses on rapprochement between Iran and Saudi Arabia and the United Arab Emirates (UAE).

Iraqi leaders are seeking to assume the role of mediator between Tehran and Riyadh, in order to strengthen state power and regional reintegration.

Iran-Gulf reconciliation talks undermine the key thesis of the “Abraham Accords” with Israel, which could isolate Israel on the Iran issue.

As negotiators for the United States and Iran report progress in indirect talks in Vienna aimed at a full restoration of the 2015 multilateral Iran nuclear agreement, countries in the region appear to be repositioning themselves. In recent weeks, U.S. diplomats have fanned out throughout the region to build support for a U.S. return to the agreement and shape post-agreement regional alignments to Washington’s advantage. A return to the 2015 nuclear accord would signal a sharp reversal from the Trump administration’s campaign of “maximum pressure” against Iran and deescalate tensions between the United States and the Islamic Republic generally.

While supporting the 2015 nuclear agreement, the Biden administration does not view conflicts in Yemen, Syria, Iraq, and elsewhere as battlegrounds through which to confront Iran. Without significant U.S. pressure on Iran coming from the United States, the states of the Persian Gulf – particularly Saudi Arabia and the UAE – see themselves as vulnerable to Iranian intimidation. Both states have calculated that talks with Iran can yield benefits in lowering tensions and, potentially, a resolution of some of the regional conflicts from which Iran has benefitted strategically.

The regional conflict perhaps most amenable to early resolution is the civil war in Yemen. Two rounds of Saudi-Iran talks in Baghdad in April, orchestrated by the Iraqi government, reportedly focused on possible compromises that could enable the two regional powers to disengage from their proxy war in that country. Iranian Foreign Minister Mohammad Javad Zarif reportedly will visit the UAE in mid-May for talks on a wide range of regional issues, including Yemen. The UAE remains involved there in partnership with Saudi Arabia, despite withdrawing its ground forces from the main fronts in 2019. Iranian talks with both Saudi Arabia and the UAE also reportedly include discussion of the Vienna nuclear negotiations, relaxation of naval tensions in the Gulf, and the possible restoration of official ties that were broken in early 2016 over the Saudi execution of dissident Saudi Shia leader Nimr al-Nimr.

Expecting that U.S.-Iran tensions will ease, the Iraqi government’s hosting of Saudi-Iran talks is intended to move its domestic dynamics beyond an arena for U.S.-Iran conflict – which was the previous U.S. administration’s view – and toward collaboration on regional cooperation. In the run-up to national elections in October, the Baghdad-based talks represent a significant initiative by Prime Minister Mustafa al-Kadhimi to demonstrate his commitment to reintegrate Iraq into regional and Arab affairs. However, at this stage, Iraq’s sponsorship of the dialogue is likely more symbolic than substantive, given its limited leverage over either the Kingdom or the Islamic Republic. Iraqi Sunnis who might look to Saudi Arabia for guidance and assistance remain politically marginalized. Iran-backed Shia armed actors continue to challenge the authority of the Iraqi government, and will likely retain their autonomy even if the United States and Iran reach agreement on a return to the nuclear accord.

The potential return of the 2015 Iran nuclear deal to full implementation also puts Israeli calculations front and center in emerging regional relationships. The September 2020 “Abraham Accords,” under which Israel’s relations with the UAE, Bahrain, Sudan, and Morocco were normalized, was a Trump administration construct intended to forge a tight-knit Israel-Arab coalition against Iran. With the Gulf and other Arab states now open to rapprochement with Iran, the rationale for the Abraham Accords has become less clear. The tacit Gulf-Israel alliance is giving way to a “go it alone” approach by Israel, whose leaders are firm in their position that Israel retains the right to act militarily against Iran’s nuclear program if Israel deems such action necessary. As the U.S. and the Arab states look to lower tensions with Tehran, Israel’s stance will likely isolate it substantially in the region and cause strains even with its closest ally and most powerful patron, the United States.