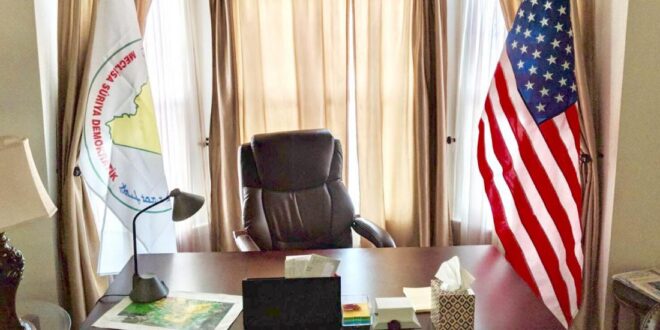 A delegation from the United States State Department travelled to northeast Syria in the first visit to the region since President Joe Biden came to office in January.

On May 16, the department issued a press release that said the trip was made by Acting Assistant Secretary Joey Hood, joined by Deputy Assistant Secretary and Acting Special Representative for Syria Aimee Cutrona and Deputy Envoy for Syria David Brownstein. White House National Security Council Director for Iraq and Syria Zehra Bell was also present on the visit to Syria.

The visit by the Biden officials took place after a separate meeting with Iraqi Kurdish leaders in Erbil, Iraq.

The Biden administration has not released any detailed U.S strategy for Syria since it was installed in January. Several outlets reported that the administration is looking to avoid prioritising the Middle East as it pivots to other foreign policy challenges like relations with China and combatting climate change.

However, acting secretary Hood made clear Washington’s interest continued interest in seeking a political resolution to Syria’s decade long conflict and its commitment to maintaining humanitarian aid to the region.

As a candidate, Biden opposed former President Donald Trump’s decision to withdraw U.S forces from Syria in October 2019. Members of his cabinet, including Secretary of State Antony Blinken, have advocated for continued U.S support for the largely Syrian Kurdish forces in northeastern Syria, and he is joined by like minded officials like White House coordinator for the Middle East Brett McGurk.

U.S support for the SDF and SDC has long been opposed by Turkey, who sees both organisations as extensions of the outlawed Kurdistan Workers Party (PKK). Both Turkey and the United Sates label the PKK a terrorist organisation, but Washington has worked over the years to distance its Syrian Kurdish allies from the group.