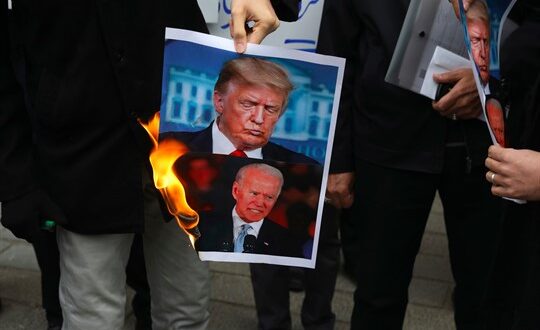 How Biden Can Score a Diplomatic Win in the Gulf, With Europe’s Help

Many world leaders, dismayed by four years of Donald Trump, are hoping that President-elect Joe Biden will return to an American foreign policy that is more pragmatic and balanced, less fickle and pettily punitive. One region crying out for an urgent recalibration in the U.S. approach is the Persian Gulf. Thanks to an emerging European initiative to help bring a modicum of calm to the tense region, Biden will have the opportunity to do a lot of good early in his term without having to invest too much political capital.

Ever since the 1979 Iranian revolution, tensions between Iran and the United States, and between Iran and its Arab neighbors, have given rise to violent conflict—whether fought directly, as during the Iran-Iraq War of the 1980s, or by proxy, as in Iraq, Syria and Yemen today. The Trump administration’s withdrawal from the Iran nuclear deal in 2018 and its “maximum pressure” campaign against Tehran have made an already volatile region even more dangerous

Post Views: 46
Previous Why Iran May Be Locked Into a Future of More Protests
Next Is Iran Losing Its Grip on Its Proxy Militias in Iraq?