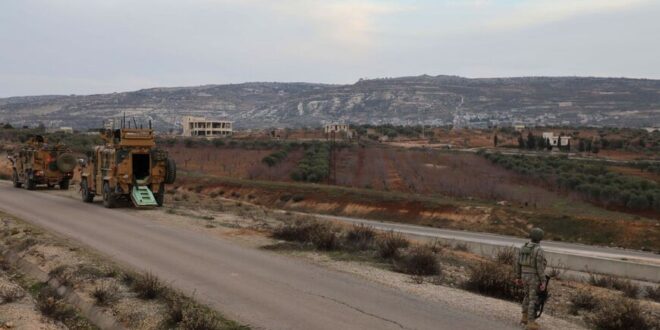 Two little-known groups in northwest Syria are claiming responsibility for attacks against Turkish troops in the area, which some say may benefit al-Qaeda against Hayat Tahrir al-Sham.

A group that goes by the name of Ansar Abu Bakr al-Siddiq Brigade has claimed responsibility for an attack against Turkish forces as they crossed the Bab al-Hawa/Idlib road near the village of Kafraya, east of Idlib city in northwest Syria.

The Turkish Defense Ministry said May 11 on its Twitter account that the attack on a Turkish army convoy killed one soldier and wounded four others.

Turkish reports said the soldier who was killed was a 30-year-old infantry lieutenant named Osman Alp. His body was transported to his hometown of Manisa in western Turkey where he received a military funeral.

The Syrian Observatory for Human Rights, an opposition war monitoring group, said May 11 that ambulances rushed to the scene of the explosion and transported several wounded Turkish soldiers, some of them in critical condition. It noted that Turkish troops cordoned off the area for hours, preventing access to it.

The little-known group had also claimed attacks targeting the Turkish army in Idlib in August and September 2020. Another previously unknown group calling itself the Khattab al-Shishani Brigades also says it has targeted Turkish soldiers in Idlib several times since July 2020.

Turkish forces in northwest Syria often come under attack by more well-known groups, despite taking precautionary measures, which include strengthening surveillance at Turkish posts, running armored vehicles ahead of convoys when entering Idlib and setting up surveillance cameras near their deployment positions in large areas of the countryside of Idlib and Aleppo, which are under the control of Hayat Tahrir al-Sham.

Ehab al-Bakour, a journalist who resides in Idlib, told Al-Monitor, “Those who stand behind these operations are groups who reject the Turkish presence in Idlib from a religious standpoint. I do not think they have a strong organizational structure or composition that allows them to perpetuate their attacks.” Still, Bakour said, a very large segment of Syrians in areas controlled by Hayat Tahrir al-Sham oppose the Turkish intervention and blame it for the Syrian regime’s advance — particularly in early 2020 — and its control over large areas. He said it is illogical to accuse Hayat Tahrir al-Sham of being behind the attacks against the Turkish army, as the militant group “is cooperating with the Turkish forces and seeking rapprochement with Turkey. It is not in its interest to target the Turkish army.”

He said, “These groups believe the Turkish forces are infidels and have deserted Islam. Thus, they legalized the killing and targeting of Turkish troops as permissible according to Islam.”

Ibrahim al-Khatib, a journalist from Idlib who worked at Orient News, told Al-Monitor that the groups that have been attacking Turkey “do not have an organizational structure. They are, however, very close to IS in terms of ideology but are not administratively affiliated with it. Of note, based on the traditional jihadi ideology, the Turkish army is infidel and must be fought on religious grounds.”

He added, “These groups are exploiting incidents of civilians being run over by Turkish military vehicles to mobilize residents against the Turkish troops. Also, these groups claim to be targeting Turkish soldiers from a popular standpoint and they portray the Turkish presence as hostile and working against the local population.”