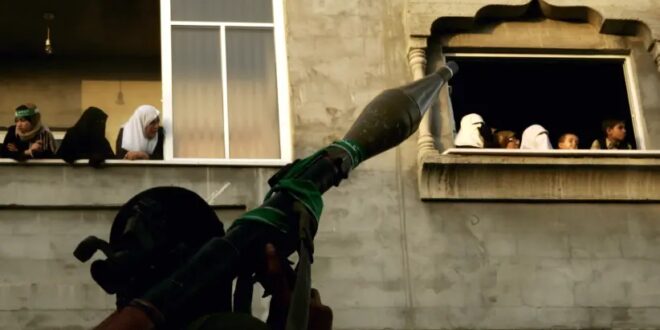 Hamas on Saturday warned Palestinians not to talk about the sites that Israel targeted during the 11-days of fighting.
The warning, issued by the Hamas Internal Security Agency (ISA), called on Palestinians to “raise the level of security awareness.”

The ISA warned Palestinians against “the transmission of information and holding unnecessary conversations related to what happened during the [Israeli] aggression, especially about the places and sites that were targeted.”

The ISA claimed that Israel has stepped up its intelligence activities “to gather information about the resistance and its movements as part of an effort to update its bank of targets.”

Palestinian sources in the Gaza Strip said the warning was given in an attempt to hide the damage caused to its tunnels and weapons arsenals during the Israeli air strikes. The sources pointed out that the headquarters of the ISA were completely destroyed by Israel during the fighting.

Other sources predicted that Hamas would soon arrest scores of Palestinians in the Gaza Strip on suspicion of “collaboration” with Israel during the fighting.

Eyad al-Bozom, spokesman of the Hamas-run Interior Ministry, threatened that his group “will continue to strike with an iron fist against the agents of the occupation’s security and intelligence services.”

Bozom said that the Hamas security forces began redeploying after the ceasefire announcement on Friday morning.

We assure our people of the stability of the security situation and the strength of the home front, and we will not abandon our duty, regardless of the sacrifices, and we will remain loyal to the blood of the martyrs,” he added.

Post Views: 108
Previous Is the Biden Administration an Enemy of Israel and the Free World?
Next Egyptian team visits Gaza, Ramallah to maintain ceasefire