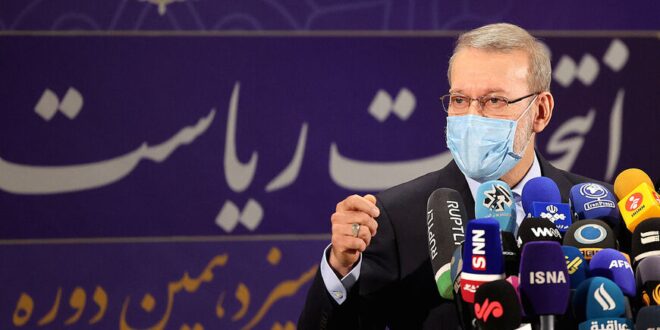 Despite being disqualified to run by the country’s Guardian Council, several major Reformist and centrist figures are still calling on citizens to go to the polls.

Iranians continue to react to the decision to bar well-known Reformists and centrists from running in next month’s presidential elections. Iran’s Guardian Council, a 12-member unelected body charged with vetting candidates, announced the final list of approved candidates earlier this week, and many prominent presidential hopefuls from the Reformist camp were absent.

The most notable disqualification continues to be former parliament speaker Ali Larijani and current Vice President Eshaq Jahangiri. The two centrist figures (although Jahangiri technically ran as a Reformist) have served dutifully in the Islamic Republic. The disqualification of Reformist Mostafa Tajzadeh, while disappointing given his reputation for being outspoken/, has not necessarily been surprising given his very public criticism of various policies in the country.

A few of the candidates have openly spoken about their disqualification. Jahangiri issued a statement saying he ran at the urging of various Reformist figures and political activists, and with his disqualification this responsibility is no longer on his shoulders. He called the disqualification “a serious threat to full participation and a just competition … especially for those inclined toward reform.” He announced the end of his campaign and invited the general public to vote in the elections.

Larijani issued a short statement saying he had decided to register his name for the presidential election based on Supreme Leader Ayatollah Ali Khamenei’s urging of having a maximum election turnout and the recommendation of clergy members and other individuals. He thanked everyone for their support in his short campaign run and urged everyone to vote.

Ebrahim Raisi, the favored conservative candidate, now seemingly has a clear path to the presidency. In a short video released on Instagram, Raisi said since he heard the final list of candidates, he has been engaged in “consultations in order to make the elections more competitive and have a wider turnout.” Raisi is not only a favored candidate for the presidential election now, but he is also one of the main candidates to replace Khamenei as supreme leader when succession occurs.

Regardless of attempts to put a positive spin on the disqualifications, many Iranians are aware the disqualifications were meant to sideline some of the most prominent candidates. Some of the conservative news agencies have attempted to portray the elections as competitive, even suggesting some of the lesser-known names are actually Reformists. However, the main Reformist party has said it does not have a candidate in this year’s election.

Hassan Khomeini, grandson of the founder of the Islamic Republic of Iran, said if he was a candidate in this election he would step aside in protest against the disqualifications. He said an administration that came out of his election would not be able to solve the country’s problems. Khomeini himself had reportedly considered registering his name, but Khamenei had advised him against it.