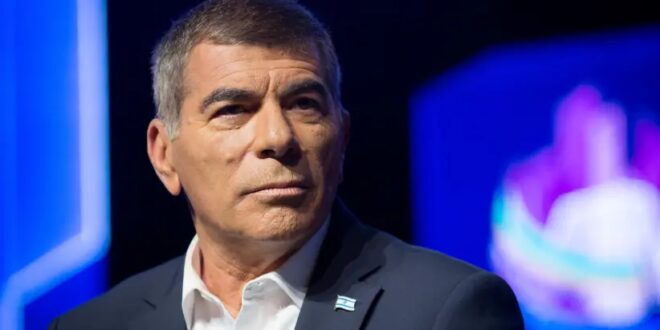 Le Drian’s comments were “unacceptable, baseless, far from reality, and Israel wholly rejects them,” he told him.
“Israel expects its friend not to express itself irresponsibly and in a way that gives a tailwind to extremists and anti-Israel actions,” Ashkenazi said. “Israel is a democratic, law-abiding country, and I strongly protest any attempt to undermine that fact.”

France had ignored all the steps Israel took to try to avoid an escalation in violence, he said, adding that Le Drian’s remarks were “a prize for extremists and terrorist organizations, foremost of which is Hamas.”

Ashkenazi also expressed concern about rising antisemitism in France and said he expects the French leadership to condemn such incidents and try to stop them.

The chance of formulating a two-state solution “was starting to disappear,” Le Drian said Sunday, adding that “the risk of apartheid is strong if we continue to adopt a logic of one state or the status quo.”

We must “initiate a policy of small steps,” Le Drian told French TV program Grand Jury. “We must ensure that there is a logic of trust that can be established” between Israel and the Palestinians, he said.

Le Drian’s remarks come amid a push by NGOs to label Israel an apartheid state. Human Rights Watch made that claim in a lengthy report last month, as did Jerusalem-based B’Tselem (The Israel Information Center for Human Rights in the Occupied Territories) earlier this year.

Despite accusing Israel of implementing apartheid policies, Human Rights Watch distanced itself from comparisons between Israel and what was once the actual apartheid state, South Africa.

“The minister said that Israel was liable to become an apartheid state – a brazen, false claim that is without any foundation,” he said.

“We will not tolerate any hypocritical and mendacious preaching of morality in this matter,” he said.

French lawmaker Meyer Habib, who represents French expats in Israel and other countries and is a longtime personal friend of Netanyahu, said Le Drian’s remarks were unfortunate.

“Israel will never be an apartheid state,” he said. “[France] should not be preaching to the only democracy in the Middle East and the only Jewish state in the world.”

Le Drian’s “irresponsible statement adds fuel to the fire, perhaps with a goal to get votes from the pro-Arab Left,” Habib said.