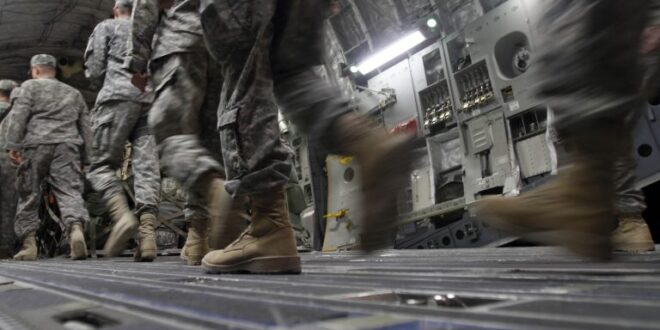 The U.S. is Leaving Afghanistan. What Might Happen Next?

The nightmare scenario in Afghanistan is the collapse of the government and a Taliban takeover, which some believe to be imminent once the U.S. withdraws.

Recent attacks show terrorists and insurgents are able to launch strikes with impunity throughout the country targeting civilians, including women and children.

The Taliban’s strategy of assassinating government officials and journalists is a deliberate attempt to undermine confidence in the Afghan government.

Whatever happens next in Afghanistan, it is certain that Kabul’s neighbors will play an important role in shaping future events.

As announced by the Biden administration in mid-April, the United States is withdrawing its remaining forces from Afghanistan no later than September 11, 2021. The announcement sent shockwaves from Kabul to Washington, and with each passing week, the risks are becoming both clearer and more numerous. The nightmare scenario is the outright collapse of the Afghan government in the face of a Taliban military takeover, which some analysts believe to be imminent once the U.S. withdraws. This scenario would be a boon for transnational jihadist groups – including al-Qaeda, which has maintained a consistent relationship with the Taliban over the past two decades. If provided with a safe haven and greater maneuverability, al-Qaeda will actively recruit new members and could make Afghanistan an attractive destination once again for foreign terrorist fighters. A militant sanctuary in Afghanistan, particularly one home to a growing number of foreign terrorist fighters, would be an immediate and pressing concern to the international community and regional neighbors, as it would again increase the likelihood of groups planning external operations.

As evidenced by several recent high-profile attacks, including the bombing of a school for girls in Kabul that killed at least 90 and wounded another approximately 150, terrorists and insurgents are able to launch strikes with impunity throughout the country targeting civilians, including women and children. The Taliban denied responsibility for the attack, and the target itself – a school in an area home to large numbers of Hazaras, an ethnic minority in Afghanistan – could suggest a link to the Islamic State Khorasan Province (ISKP), which frequently attacks sectarian targets. Targeting women and ethnic minorities is a harbinger of the future if the Taliban gains control of the country, underscoring widespread concerns that the U.S. departure will reverse any fragile gains made for women’s rights and access to education, employment, and public and political life. Of all the devastating consequences associated with a U.S. withdrawal, the rollback of women’s rights and a degradation of the overall security environment for women and girls is among the most foreboding. Moreover, it will further undermine trust in the United States given the strong rhetoric early on regarding human rights, which President Biden has sought to reaffirm.

Fighting continues to rage throughout Afghanistan between Taliban militants and the Afghan security forces. A recent Taliban onslaught in Laghman Province could be a preview of what cities and provinces countrywide will experience in the coming months. According to a report from the Office of the Inspector General (OIG), the Taliban has gained strength in Baghlan, Helmand, Kandahar, Kunduz, and Uruzgan. Taliban militants have been steadily pressing an offensive closer to Lashkar Gah, the provincial capital of Helmand Province. Its strategy of assassinating government officials and journalists is a deliberate attempt to undermine confidence in the Afghan government and reveals systematic preparationfor the next phase of the conflict. There are a decreasing number of police checkpoints controlled by the Afghan government, and Taliban fighters are moving to take control of major highways. The deteriorating security situation is not lost on those countries with assets still in Afghanistan. Australia just announced the closure of its embassy in Kabul, citing security concerns. And while many have speculated that cascading violence could drag the country back into civil war, the Taliban have also demonstrated strategic patience, especially as they now feel that they are operating from a position of strength. In the meantime, Taliban leaders will continue attempting to induce defections of competing armed groups as well as Afghan security forces, while simultaneously working to politically erode the Afghan government where possible.

Pakistan will be a major player in deciding whether Afghanistan will be able to avoid descending further into violence and instability. A Taliban victory in Afghanistan could further embolden militants in Pakistan who have waged a simmering insurgency against the state for years. Reporting by Radio Free Europe/Radio Liberty suggests that the Pakistani Taliban (Tehrik-i-Taliban, or TTP) has established contact with insurgents in Pakistan’s restive Balochistan Province. U.S. Secretary of Defense Lloyd Austin spoke earlier this week with Pakistan’s Chief of Army Staff General Qamar Javed Bajwa, reiterating the need to work together to ensure regional security. If the United States is going to craft an effective offshore counterterrorism strategy to deal with al-Qaeda and other jihadist groups in Afghanistan, Washington will need to secure basing rights for military and intelligence assets. Russia is reportedly pressuring Tajikistan and Uzbekistan not to allow the U.S. to establish a base in either of those Central Asian countries. It remains unclear if the U.S. will look to establish a base in Pakistan, but given that public opinion in that country is strongly against it, it will be a tough sell for Islamabad. Whatever happens next in Afghanistan, it is certain that Kabul’s neighbors will play an important role in shaping future events, and with U.S. leverage diminishing by the day, Washington will have less of a hands-on role than it has at any point in the past twenty years.