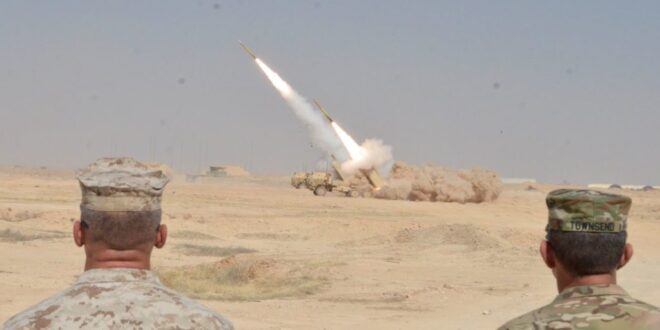 Rocket Artillery Can Keep Russia Out of the Baltics

Although a significant conflict between NATO and Russia is unlikely, a war of limited aims remains a distinct and dangerous possibility — and in almost any scenario in this context, the conflict will center on the Baltic states. The RAND Corporation’s 2016 report on the Baltic scenario highlighted the region’s vulnerability, concluding that within 60 hours, Russia could seize enough terrain to “demonstrate NATO’s inability to protect its most vulnerable members and divide the alliance.” While this grave prediction that Russia could overrun the Baltics in under three days has created controversy and driven change within the alliance, it is no longer a valid conclusion, and rocket artillery is the reason why.

Notably, RAND’s Baltic assessment sparked ample dialogue regarding the forward-basing and rotational deployments of maneuver forces. Missing from the conversation, however, has been the rise of rocket artillery in Europe: specifically, the U.S. Army’s 2018 activation of an artillery brigade in Germany, coupled with Romania and Poland’s recent acquisition of U.S.-made High Mobility Artillery Rocket Systems. These additions undoubtedly change the battlefield calculus between Russia and NATO. In turn, incorporating these rocket-artillery units into Baltic contingency plans increases military mobility in the region, improves the alliance’s ability to reinforce the Baltics via air to prevent a Russian fait accompli, and strengthens NATO’s deterrence posture.

In response to a potential Russian invasion of the Baltics, NATO created the Enhanced Forward Presence at the 2016 Warsaw Summit, positioning combat power along the eastern border to deter a conventional attack. Following the structure of RAND’s recommendations, though reducing the recommended size, this rotational force positions multi-national mechanized units in Estonia, Latvia, Lithuania, and Poland. However, these four battlegroups — roughly 1,100 to 1,400 troops each — are a dramatically smaller force than the seven brigades that RAND concluded were necessary. NATO implemented the program in 2017, and according to the Warsaw Summit official communique, they designed it to demonstrate the “[a]llies’ solidarity, determination, and ability to act by triggering an immediate [a]llied response to any aggression.” The battlegroups combined have over 5,000 troops total, creating a large reinforcement contingent just outside the Russian border. Although NATO has increased military support to its Baltic allies, the size and composition of the Enhanced Forward Presence make it primarily a tripwire meant to deter. If deterrence fails, the rotational units will have to prevent Russia from achieving operational objectives long enough to allow the Alliance time to coordinate a full-scale defense. Therefore, if a conflict erupts with Russia, NATO’s ability to rapidly reinforce the Baltics and bring firepower to bear will be vital.

In the event of a conflict, NATO would likely allocate few, if any, strike aircraft to supporting reinforcement operations against a Russian incursion — there would simply be too many other things for member air forces to do simultaneously. RAND’s authors noted that in their simulations, “NATO’s air forces had multiple jobs to do, including suppressing Russia’s arsenal of modern surface-to-air defenses and defending against possible air attacks on NATO forces and rear areas.” Significantly, they concluded that the combination of these requirements “limited NATO air’s ability to affect the outcome of the war on the ground.”

Additionally, any aircraft supporting the Baltic scenario — whether through strike operations or transporting reinforcements — would face a dangerous situation traversing within the range of Russian air defense systems. Russia’s forward deployment of its S-400 anti-aircraft systems into Kaliningrad and St. Petersburg creates an anti-access/area denial bubble that limits the alliance’s ability to leverage its aircraft for such an operation. NATO has to address this air-defense threat in some way or expect heavy losses.

The Rise of Rockets in Europe

Long-range artillery is a viable tool for defeating or neutralizing anti-access equipment, an operational argument the U.S. Army is currently relying on to modernize its missile systems. Significantly, when RAND published its bleak findings in 2016, the wargame operated with the then-correct data that there were “no fires brigades in Europe able to augment the modest number of guns at the brigade and battalion level” and that NATO had “no independent fires units at all.” However, in 2018 the United States reconstituted its 41st Field Artillery Brigade in Germany, and as of 2020, it has 32 rocket-artillery launchers. Additionally, two European NATO members — Romania and Poland — recently purchased U.S.-made rocket-artillery platforms, with the first systems expected to arrive in 2022. In 2017, Romania contracted for 54 launchers, and Romanian Defense Minister Adrian Tutuianu stated that the “acquisitions are in the interest of safeguarding the security needs of Romania, but also to respect the government’s commitments in relation to NATO’s structures.” More recently, in February of 2019, Poland signed a deal to purchase 20 launchers, adding 74 launchers to Europe between the two countries, bringing the total number of launchers over 100 — all except 16 of which are lightweight and airmobile. This amount of firepower is comparable to three separate field artillery brigades. Although the European acquisitions are primarily motivated by national defense needs, the addition strengthens the alliance as a whole. Consequently, Russia may no longer enjoy the “overwhelming advantage in tactical and operational fires” that RAND found it had in 2016.

The Russian Response to Rockets

In September 2020, for the first time since Russia’s 2014 incursion into Ukraine, the United States positioned multiple-launch rocket systems along NATO’s eastern flank for a live-fire exercise in Estonia. Significantly, from a Russian perspective, precision-rocket artillery systems create a defensive problem that is more comparable to that posed by fighter aircraft than ground forces. Each rocket or missile can strike into Russian territory with minimal warning. Each guided rocket is equipped with a 200-pound warhead and can travel over 70 kilometers, and the precision Army Tactical Missile is tipped with a 500-pound warhead that can travel up to 300 kilometers. While the 2020 exercise was officially designed to test the unit’s readiness and build interoperability within NATO, it also conveyed some strategic messages, as the live fire took place within 70 miles of the Russian border. Recognizing the strategic implications of these weapon systems, a spokesperson for the Russian Federation called the activity “provocative and extremely dangerous for regional stability.” He went on to ask rhetorically, “Who is actually fueling tensions in Europe?”

Rocket-artillery systems are vital to the Baltic defense plan because their mobility allows the alliance to deploy a long-range precision capability across the theater and prosecute vital targets such as Russia’s area-denial equipment, through a process known as a rapid infiltration. This mission revolves around a C-130 or larger aircraft — preferably one capable of landing on an austere runway — transporting the artillery launchers that subsequently execute long-range precision missions within 10 to 15 minutes of the aircraft landing. After completing the fire missions, the crew can subsequently drive the launchers to follow-on operations or load back on the aircraft to reposition out of the potentially hostile territory. This unique raid provides the alliance a mobile asset capable of neutralizing Russian air defense systems and facilitating NATO freedom of movement. This mission supports one of the RAND report’s essential findings for NATO success: ground fires should “play an integral role in the suppression campaign against Russia’s advanced surface-to-air defenses … and land power must be leveraged to enable airpower.”

This method of employment has been a staple of the U.S. Army since the creation of the lightweight rocket-artillery model in the early 2000s, often supporting special operations missions. The United States demonstrated this capability to NATO in the November 2020 training exercise Rapid Falcon, when two launchers rapidly deployed via air from Germany to Romania to provide precision fires near the Black Sea. Col. Marc LaRoche, the deputy commander of U.S. Special Operations Command Europe, explained that the exercise demonstrated the system’s ability “to get on an aircraft, take off and land anywhere in the world mixed in with our multinational partners or joint forces and provide fires.” He went on to note that “it creates an unpredictable advantage to move an army (rocket) system forward quickly.” Some of the new Romanian and Polish launchers can train to conduct a similar mission at the alliance level to capitalize on this capability and assist the Baltic region’s rapid reinforcement. However, to truly leverage this capability as an alliance asset, the United States, Poland, and Romania should all identify a rocket-artillery platoon to incorporate into the already established NATO response force on a rotational basis.

Additionally, these new systems should be integrated into alliance-level exercises to simulate the suppression or destruction of air defense assets. When able, NATO should execute this operation across multiple countries. This will best simulate the complicated airspace situation that would apply in a war with Russia, and illuminate the challenges of multi-national fires integration. This precedent may have already begun with the 2021 Defender Europe Exercise when the 41st Field Artillery Brigade was called on to provide rocket-artillery fire in Estonia on May 5, 2021, as the forcible-entry prerequisite. As part of Fires Shock, the unit fired 24 rockets to simulate the destruction of enemy air defense systems in the area, allowing a brigade from the U.S. 82nd Airborne Division to reinforce Estonia rapidly. The planning, coordination, and execution of this mission require NATO member countries to connect diverse operating systems from the sensors that detect enemy assets to the shooters designed to destroy them. In discussing this point, Brig. Gen. Chris Norrie, head of the U.S. Army’s 7th Training Command in Grafenwoehr, Germany, explained that these exercises help NATO “best understand how to position sensors and then to test the entire sensor-shooter linkage.” To date, the integration of these rocket-artillery systems has been exclusively the U.S. Army’s role, and outside of special operations support, has been done deliberately through rail movements versus rapid air infiltrations. Moving forward, when Romania and Poland field their launchers, it would make sense for the new launchers to supplement the U.S. systems in the exercises and gain proficiency conducting rapid infiltration missions.

With the dissolution of the Intermediate-Range Nuclear Forces Treaty and the establishment of long-range precision fires as the U.S. Army’s number one development priority, rocket-artillery capabilities are likely to grow exponentially over the next five years. In this context, while the value of large mechanized forces is not in question, it is time to recognize that rocket artillery should be at the forefront of NATO’s military strategy. These rocket-artillery systems can serve as a tool to enable alliance aircraft, offset the lack of air support in a conflict, and help NATO strike targets in places that it would be difficult or dangerous to strike via air. Therefore, the successful integration of Romanian and Polish High Mobility Artillery Rocket Systems is vital to NATO’s future. Particularly, if made part of the Baltic contingency plan, rocket artillery will facilitate rapid reinforcement across the European theater and strengthen the alliance. Overall, rocket artillery is a combat multiplier in Europe. If successfully integrated, European-owned rocket-artillery launchers provide NATO a unique tool that changes the battlefield calculus and strengthens the Alliance’s strategic deterrence posture.

Post Views: 93
Previous To Counter Russia In Africa, America Should Rethink Its Own Role
Next Will Afghanistan Collapse When the US Withdraws?