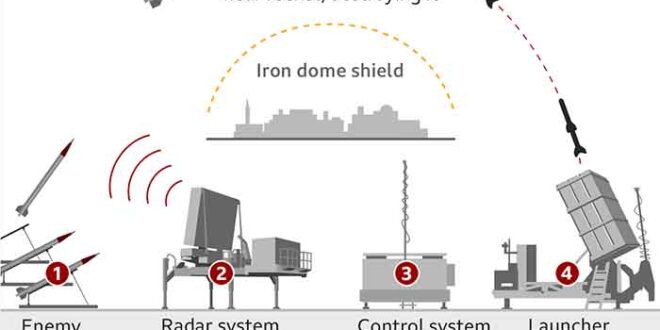 As the smoke clouds over Gaza and Jerusalem slowly recede, the world nervously watches how long the newly brokered peace would sustain in the conflict-prone region. Though the Egypt brokered ceasefire has brought an end to the current conflict, the triumphant cries by both Hamas and Israel can hardly be heard as conciliatory notes. As their city lay in ruins, Gazans celebrated the ceasefire claiming to have forced Israel to agree to the truce. With only a dozen of its civilian dead, Israel, on the other hand, claimed to have achieved a stupendous victory at a minimum cost.

Amidst all this, the success of Israel’s missile defense system, the Iron Dome, is being touted as a game-changer that has the potential to attenuate the conflict propensity of the two sides and thus bring stability to the region. The ability of the Iron Dome to minimize costs for Israel by saving civilian lives, it is argued, will reduce the domestic pressure on Israel to take retaliatory action against Palestinians.

Iron Dome is a multi-purpose defense system that detects, assesses and intercepts incoming artillery. It works by sensing an incoming weapon with radar, deciding where the weapon is headed, and targeting it with a high-speed missile. Some experts believe that the success of Iron Dome would deter Hamas and other adversaries from launching missile attacks in the future as the cost of such an endeavor in the form of Israel’s reprisal would considerably outweigh the benefits such an attack would accrue. Many have already started seeing Iron Dome as central to peace and stability in the region.

However, missile defense systems are generally viewed as destabilizing. Ballistic Missile Defense (BMD) is perceived to undermine strategic stability, which in its most basic sense is defined as the absence of incentives for any country to launch a nuclear first strike. The inability of a state to execute a decapitating first strike leaves it vulnerable to a retaliatory second strike by the adversary. This mutual vulnerability was seen as the bedrock of prolonged peace during the Cold War. Though the U.S. BMD ostensibly aims to protect the Homeland against strikes by rogue states like North Korea and Iran, both Russia and China see it undermining their deterrence. A robust BMD would compromise the second-strike capability of the adversary by neutralizing the surviving incoming missiles, in case the U.S. executes a near-decapitating first strike. Both Russia and China have sought to restore their retaliatory strike capability by investing in emerging technologies like Hypersonic Glide Vehicles and adding more missiles to their inventory to saturate the BMD; thus starting a new era of an arms race. Missile defense also forces states to weigh their ‘use them before you lose them’ options and make the preemptive first strike an attractive option.

Missile defense could equally destabilizing in a conventional environment, like the one in the Middle East, if the two sides happen to be uncompromising adversaries. The need for a missile defense system was felt during the 2006 Israeli-Lebanon war when Hezbollah fired over 4200 rockets into Israeli cities killing around 52 Israeli civilians. Given its high casualty sensitivity, Israel realized that both Hezbollah and Hamas, with their huge rocket inventory, could impose prohibitive costs on Israel. As a result, Iron Dome was deployed in 2012, and since then, it has been upgraded with massive U.S. funding. Viewed as a panacea, Iron Dome would ideally not only protect Israeli lives but also prevent Israel from launching punitive ground attacks on Palestinians, thus saving both Israeli and Palestinian lives.

However, like the BMD in strategic space, the Iron Dome has the potential to perpetuate or even escalate the Israel-Palestinian conflict. As the Iron Dome reduces the ability to impose human costs on Israel, adversaries would seek other ways to circumvent the protective shield. The least expensive is to quantitatively increase its rocket arsenal as Hamas can add thousands of crude Qassam rockets to its inventory. One way to undermine a missile defense system is to saturate it with more targets to engage. Hamas would attempt to overwhelm Iron Dome batteries with coordinated salvos and enlist regional allies to fire rockets from Lebanon and Syria, in an attempt to spread the Iron Dome too thin to be effective. Even with an efficacy rate of 80 to 90 percent, there would still be enough rockets that could escape the Dome and hit Israeli cities in a future conflict. Besides arming itself, Hamas may resort to other means to harm Israel. One may possibly see the revival of suicide attacks of the 1990s and 2000s. Though Hamas would undoubtedly want to refrain from directly sponsoring such attacks, its vast network gives it the ability to inspire such attacks. Additionally, Hamas may also fall back and again deepen its ties with Iran. A Middle East with two Iranian proxies in the form of Hezbollah and Hamas does not augur well for the stability of the region.

On its part, Iron Dome provides freedom to Israel to resort to coercive political action like the recent one in Jerusalem, when Israel threatened to evict Palestinians from the Sheikh Jarrah neighborhood. Yagil Levy, an Israeli political scientist, argues that Iron Dome has relieved Israel of the human costs concern and thus granted freedom of action against Hamas. It may also ease political pressure on Israeli political leadership to seek genuine resolution of the conflict. The devastating airstrikes on Gaza in the two weeks of conflict may be seen through this prism of cost concern, where Iron Dome ensured minimal risk to Israeli lives. With a very low-threat perception of adversarial action, Iron Dome raises serious concerns for the future of the conflict.

Moreover, the Iron Dome system may change strategic and political calculations in ways that may actually deny Israel decisive victories. As a Rand report in 2017 observed that a largely unharmed Israeli population contrasts sharply with media images of destruction in Gaza, bringing about increased international condemnation. With it comes international pressure to end the campaigns prematurely resulting in unsatisfactory military outcomes.

Another rationale behind the deployment of the Iron Dome was that it would relieve pressure on Israel to launch risky ground operations with troops marching into Palestinian territories. However, precisely the opposite may happen. With lower costs to bear, Israel would be less constrained to launch an aggressive campaign against Hamas or Hezbollah in the future. In fact, the domestic pressure to neutralize the adversarial threat once for all may actually drive Israel to adopt a more aggressive approach, destabilizing the region further.

International media has projected Iron Dome as an ultimate security shield. However, like a true professional one, the Israeli army seems more reticent about its overwhelming role in shaping Israel’s military strategy in future conflicts. Iron Dome may have brought immediate tactical successes for Israel, but it is equally important to recognize its destabilizing role. Over-reliance on strategies predicated on the system’s successes may rob the region of efforts to find lasting peace.

Post Views: 72
Previous Will the South China Sea Spark the Next Global Conflict?
Next ‘Mowing the Grass’ No More: How Palestinian Resistance Altered the Equation