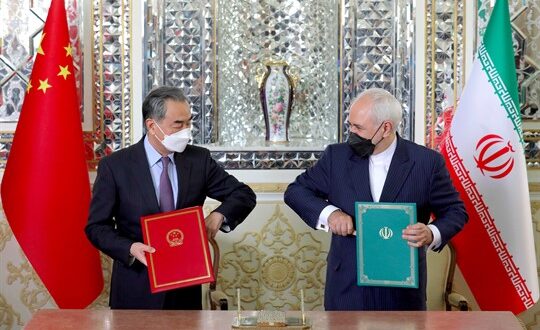 Iran’s ‘New’ Partnership With China Is Just Business as Usual

The recently finalized 25-year comprehensive cooperation agreement between Iran and China has been referred to in the media as a “game-changer,” a “breakthrough” and a “major geopolitical shift,” but in reality, it is much ado about nothing. Signed with great fanfare on March 27, during Chinese Foreign Minister Wang Yi’s visit to Tehran, the deal does provide Iran with a political and rhetorical win in the context of its ongoing negotiations over the revival of the 2015 nuclear deal. Beyond the optics of the agreement with China, though, the substance follows the same playbook that Beijing and Tehran have developed over decades of bilateral relations: agreeing to deepen ties but on vague terms that are scant on details and concrete commitments.

The deal itself has not been made public, and Iranian Foreign Minister Javad Zarif took pains to highlight that the agreement with China was not a treaty, removing the requirement for parliamentary approval. He also denied that it outlined any specific figures—despite reports of $400 billion in promised Chinese investments—or obligations for either side.

Post Views: 127
Previous Israeli-Palestinian Clashes Resonate Across the Middle East
Next Israel Tries Its Hand at ‘Maximum Pressure’ on Iran