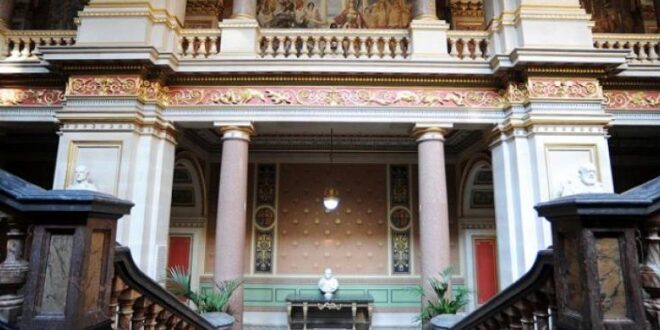 Once Bitten, Twice Shy: The UK Must Provide a Credible Plan for Economic Engagement with Iran

Previous disappointment will lead Iran to expect greater economic certainty in any renewed nuclear negotiations. London must play its part.

The Iranian nuclear deal (formally known as the Joint Comprehensive Plan of Action or the JCPOA) has been in tatters since the administration of Donald Trump withdrew in May 2018, triggering a reimposition of US sanctions that had previously been lifted under the deal. In response, a year later Iran began to move away from compliance with the agreed restrictions on its nuclear activities. However, with a new president in the White House, progress is reportedly being made in Vienna towards establishing a roadmap back to compliance by all sides, with the prospect of a renewed lifting of sanctions by the US and a reduction of Iran’s nuclear activities.

As in 2016 when the JCPOA came into effect, nuclear activities and sanctions will be closely linked, and the success of a revived agreement with Iran will depend on decisions made in corporate boardrooms as much as those reached in the two Vienna hotels hosting the Iranian and US delegations. And as in 2016, there appears to be limited effort by governments to address private sector compliance concerns, or to ensure that necessary measures are taken to shift the business risk calculus in favour of the economic engagement expected by Iran.

As became clear in 2016, the willingness and ability of the private sector to engage with Iran following the lifting of sanctions is anything but certain. Hence, identifying ways in which confidence can be increased should be a critical objective for all involved. A failure to deliver meaningful economic benefit for a second time in exchange for limitations on Iranian nuclear activity would significantly undermine the credibility of US and European commitments in Tehran. It would also ensure that Iran continues to find the need to employ illicit financial and economic networks. More broadly, it would undermine the role of sanctions as a policy tool, which are meant (in theory) to cause temporary economic harm with the expectation that once the target country complies or changes its behaviour, they can be removed.
The Role of the UK

In its recently published Integrated Review, the UK government expressed its commitment to holding Iran accountable for its nuclear activity through renewed diplomatic efforts on a nuclear deal. With all parties expected to demonstrate economic engagement, in the UK it will fall primarily to the financial sector to underpin these diplomatic efforts and deliver the benefits desired by the Iranians.

Any meaningful economic engagement between Iran and the outside world will require access to financial infrastructure. Currently, as a result of US sanctions on the Central Bank of Iran and other key actors in the Iranian economy, few international financial institutions are willing to risk handling transactions with Iran or Iranian entities. Persistent corruption and legal and governance opacity in the Iranian economy also inhibit confidence. Such concerns are compounded by the Financial Action Task Force’s (FATF) blacklisting of Iran over gaps in the country’s financial crime regime.

For banks in the UK, an additional complication arises. Unlike other European countries, which allow banks to clear local currency transactions through accounts with their respective central banks, the Bank of England offers such access to only a select number of financial institutions. These banks then handle the transactions of all other financial institutions in the UK. Most of these clearing banks are large financial institutions with global operations and extensive exposure to the US; these banks are therefore reluctant to handle Iran-linked transactions for fear of violating both primary and secondary US sanctions. As a result, despite the importance of London’s financial sector to global trade and the potential it offers to Iran for meaningful economic relief following the lifting of US sanctions, the UK is in fact uniquely badly positioned to handle financial transactions with Iran.
Creative thinking needed

If the UK is serious about offering Iran economic relief as a credible incentive alongside nuclear deal negotiations and in diplomacy with Iran more broadly, London will need to demonstrate that it is serious about addressing such obstacles as well as the private sector’s reluctance to engage with Iran. For example, the Bank of England could provide a clearing account to be used for transactions with Iran, thus offering an alternative to clearing banks that will likely continue to shy away from Iranian transactions. Another possibility may emerge from work being done in the UK to explore the possible adoption of a central bank digital currency (CBDC). CBDCs and cryptocurrencies more broadly have the potential to reduce sanctions risks by bypassing reliance on the US dollar and the SWIFT financial messaging system (which has tended to be wary of violating US sanctions in the past). However, both the establishment of a Bank of England clearing account and the use of digital currency to support financial transactions with Iran would require considerable time and political will to implement – both currently in short supply.

Absent such developments, financial sector hesitancy will remain. The UK and its European allies must therefore elicit greater support from Washington given that their own measures, such as the EU blocking statute, have not provided the necessary cover. The obligations of non-US banks and other businesses with regard to US secondary sanctions should be clarified; non-US institutions must be provided with a channel to seek guidance from the US Treasury’s Office of Foreign Assets Control (OFAC); and a mechanism for non-US entities to apply for sanctions permits with OFAC should be offered. If non-US banks and businesses are expected to navigate the complex US sanctions regime in support of the nuclear deal, they should be afforded the necessary guidance and cover to assuage their understandable concerns. The pending US review of its sanctions policies offers a prime opportunity to examine such options.
Looking beyond sanctions relief

While the argument for financial engagement to support UK diplomacy and a return by all parties to the nuclear agreement seems clear, wider considerations should not be overlooked. Any effort to encourage greater private sector engagement must be considered alongside the UK’s broader policy objectives and its relationship with Tehran.

Iran is governed by a repressive regime with a dismal human rights record, which finances organisations designated as terrorist groups by the UK and engages in destabilising regional activity through its proxies. The country continues to detain UK-Iranian dual nationals, including journalist Nazanin Zaghari-Ratcliffe, apparently for political reasons and in an effort to secure the payment of an unrelated UK debt. Furthermore, Iran is a comparatively minor market for the UK and will likely remain so even if US sanctions are lifted. Key sectors are dominated by Islamic Revolutionary Guard Corps ownership, making them unacceptable business partners for UK engagement. The UK’s trade with Iran in 2020 was a mere £145 million, with Iran ranking 127th among the UK’s trading partners; in 2016, during the period of sanctions relief under the JCPOA, UK–Iran trade was still relatively limited, totalling £350 million.

The rationale for offering economic benefits to Iran is thus far from clear, and questions as to whether London should be going out of its way to offer Iran economic benefits are well-justified. Furthermore, Whitehall cannot mandate private sector engagement with Iran. Persistent uncertainties around compliance with remaining US sanctions, a lack of confidence in the Iranian economy, concerns over corruption and terrorist financing, and Iran’s blacklisting by the FATF all mean that UK businesses will remain wary.

Yet, if the UK is truly committed to contributing to renewed nuclear diplomacy with Iran, it will need to show Tehran that it is engaging in good faith. This means demonstrating a credible effort to support economic engagement where private sector interest does exist. Proactive measures will be necessary. London’s reliance on the lifting of US sanctions to deliver Iran its expected economic dividend – without investment on the part of Whitehall – risks serious disappointment once again.

Post Views: 50
Previous One Down, Many More Challenges: The UK and Threats of African Terrorism
Next The Other Side of the Digital Coin: Central Bank Digital Currencies and Sanctions