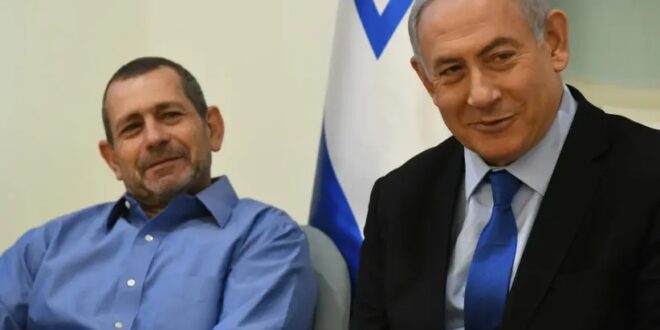 The Shin Bet chief’s announcement regarding the need to lower the flames and incitement on social media, and his call for political leaders to take the initiative to reduce tensions, does not surprise anyone familiar with the Shin Bet’s monitoring of the state of incitement in Israel.

Nadav Argaman personally monitors the issue, created a special task force that conducts situational assessments often and defined the effort to prevent political assassination in Israel as a top priority.

Argaman’s fears, which have been growing throughout the past two years, have reached an all-time high in the past few weeks based on information that the Shin Bet analyzes around the clock. Throughout the past year, due to the rising level of incitement on social networks, the Shin Bet’s assessment that someday someone will try to harm one of the demonstrators or protesters against the Netanyahu government has grown.

In contrast to the political echelon, from the prime minister and to the president, the opposition head and other threatened leaders, the subject has been entirely abandoned on the ground. The Shin Bet monitors various threats and recognizes a consistent growth in their severity. At the personal instruction of Argaman some of the Shin Bet’s sensors were redirected to this subject, and Argaman personally supervises it.

For the Shin Bet, the murder of a protester in Israel based on ideology is a political assassination in every way and is therein within the organization’s jurisdiction.

Argaman has recognized throughout the past year the rising chance of such a murder, and he is determined to prevent it ahead of time.

To the Shin Bet head, it is clear that this kind of murder could “ignite” the entire country and lead to chaos in contrast to which recent events will look like a walk in the park.

The timing of yesterday’s announcement is believed to be related to an accumulation of circumstances that could produce a perfect storm: A crucial week ahead of the vote to swear in the “change” coalition, rising political tensions that are expected to reach a climax during the weekend, on top of the intention to carry out another flag parade through Jerusalem.

All of these reasons forced Argaman to publish the special notice on Saturday in which he called on political leaders to actively calm their supporters.

It is believed that he presented the data that has him losing sleep to his direct commander, Prime Minister Benjamin Netanyahu. He may have asked Netanyahu to make a clear statement on the subject, a statement that has not been made so far. We are now in the speculative phase of the event, but Argaman is not the only one waiting for Netanyahu’s explicit condemnation of the slogan “leftist traitors” which has become the leading slogan in his supporters’ demonstrations.

Argaman has issued similar warnings in talks he had with various political echelons and he has coordinated with the police. It is now unclear what the Shin Bet’s stance is on the police’s approval of the “new” flag parade planned for Thursday. Just as the Shin Bet’s message was published on Saturday, Yair Netanyahu – the prime minister’s son – shared a poster that constituted an alleged incitement against demonstrators who support the formation of a change government while comparing them to Islamic and Iranian terror organizations.

It is worth noting the article published last week by Prof. Yair Amihay Hamburger in Walla in which he, too, called for the calming of spirits “before it is too late.” Hamburger was a mass psychologist who worked in Netanyahu’s intimate team while serving as the chair of the opposition in the time of Yitzhak Rabin.

Hamburger called the Likud’s intense activity against Rabin incitement at the time and warned Netanyahu himself, both orally and in writing, not to continue down this road.

“You’re releasing the demon from the bottle,” Hamburger told his employer Netanyahu. “You are releasing dark passions.”

Netanyahu, as is well known, did not listen. Rabin was murdered, Hamburger quit his job and wrote a long and poignant letter to Netanyahu that was never published.

He seems to now recognize the return of this evil spirit. It is strange that the two, the Shin Bet head and the psychologist, released public warnings just as, on the eve of Rabin’s assassination, Shin Bet head Karmi Gilon and this same psychologist released quieter warnings – warnings that didn’t work.