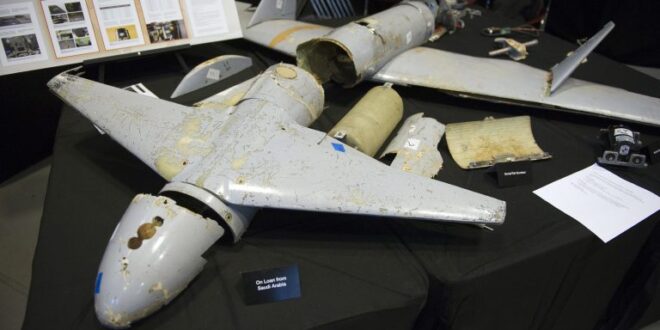 Welcome to the “New Normal”: Non-State Actors and the Use of Drones

Non-state actors that enjoy state-sponsored assistance in developing drone capabilities are a major concern for the international community.

A range of non-state actors has used drones in combat, including ISIS, Hezbollah, Houthi rebels, Hamas, Boko Haram, and the Afghan Taliban, among others.

Echoing a commonly growing sentiment, the U.S. military is increasingly alarmed about the use of drones by Iran-backed militias in Iraq.

In January 2017, headlines in major newspapers across the world warned that the so-called Islamic State had “weaponized drones,” implying a unique innovation in modern warfare. There was significant concern about a potentially greater risks posed by unmanned aerial systems (UAS) in the hands of non-state actors that employed such brutality of violence. And while the incidents were alarming — such as grenade and mortar-dropping drones used by ISIS in Mosul — they were far from the “game-changer” hyped by the deluge of articles that followed. Yet, beyond the click-bait-like nature of many of the headlines, real concerns emerged among security analysts and counterterrorism practitioners. If ISIS was capable of harnessing the potential of emerging technologies like UASs many wondered what other violent non-state actors could achieve, especially when assisted by nation-states with highly capable forces, such as the Islamic Revolutionary Guard Corps Quds Force (IRGC-QF). Drones can be used for both offensive and defensive purposes, with militants deploying them to strike targets or to conduct intelligence, surveillance, and reconnaissance. They can also be used as decoys, in some cases, to distract law enforcement as strikes are directed in other locales. In other cases, they siphon resources and manpower from law enforcement and emergency response agencies. Drones around Heathrow airport in the United Kingdom, for example, tied up law enforcement and security personnel and caused chaos and panic.

In Yemen, Houthi rebels have used drones to attack Saudi oil facilities, effectively permeating Saudi air space and striking with alarming precision. The maturation of the Houthis’ drone capabilities has alarmed states in the region, especially as the rebels are now able to disrupt global energy supplies by deploying drone swarms over long distances with accuracy. Hezbollah has used drones since at least 2004, when an Iranian Misrad UAS conducted a reconnaissance mission over Israel. Other terrorist and insurgent groups, including the Afghan Taliban, Boko Haram, and Hamas have all used drones in conflict. Turkish-backed Syrian fighters conducted swarming attacks on Russian bases in Syria in 2018, the same year that ISIS supporters living in Europe were arrested for attempting to purchase drones with the intention of sending them to militants in Iraq and Syria. In Venezuela, Nicolas Maduro was nearly assassinated in Caracas in 2018 when two explosive-laden drones detonated near where he was giving a speech. A recent UN report described the use of military-grade autonomous drones, or lethal autonomous weapons systems (LAWS) that were deployed in combat in Libya.

Recent reporting suggests that the U.S. military has grown increasingly alarmed by the use of drones by Iran-backed militias in Iraq. This includes small, fixed wing drones that apparently possess the ability to evade defensive systems, including those at military bases and diplomatic facilities. An April attack in Erbil featured a drone that struck a CIA hangar located in the larger airport complex. Another attack in May targeted Ain al-Asad air base, the same location targeted by Iranian ballistic missiles in January 2020 following the assassination of IRGC-QF commander Qassem Soleimani. Drones used to attack Saudi Arabia in January 2021 were launched from Iraqi territory, where they were constructed with parts delivered from Iran and deployed by Iran-backed groups operating in Iraq. That attack was claimed by a little-known group calling itself Awliya Wa’ad al-Haq, or “The True Promise Brigades.” Interestingly, the group claimed that the attack was in response to an ISIS suicide bombing in Baghdad in mid-January.

U.S. forces are working feverishly to develop more effective counter-drone measures, including the development of more sophisticated radar sensors and electronic jammers, but also kinetic approaches designed to knock the drones from the sky. The U.S. recently announced a joint working group with Israel focused on countering the growing threat posed by drones, particularly those developed by Iran and then provided to its proxies throughout the Middle East, according to a report by the Washington Post. Through the Global Counterterrorism Forum, the U.S. has been working with Germany and other international partners to develop a global consensus and good practices related to countering the use of UASs by terrorist groups. There has also been some speculation about a possible UN Security Council resolution, though nothing has materialized as of yet.

Beyond providing the drones themselves, Iran is able to use IRGC-QF units to train proxies, allowing for tacit knowledge transfer that can significantly improve the skills and capabilities of non-state actors. The continued use of drones by non-state actors in the region could lead to a proliferation of drones, as terrorist, insurgent, and militia groups seek to develop indigenous UAS capabilities and improve asymmetric warfare capabilities at a reasonable cost. While access to high-end technology was once relegated to states with robust military budgets, over time the barrier to entry has been lowered significantly. Today, individuals and non-state actors can acquire affordable commercial-off-the-shelf technology (COTS) to be integrated into attack planning, broadening the potential for the scope and damage of their application.