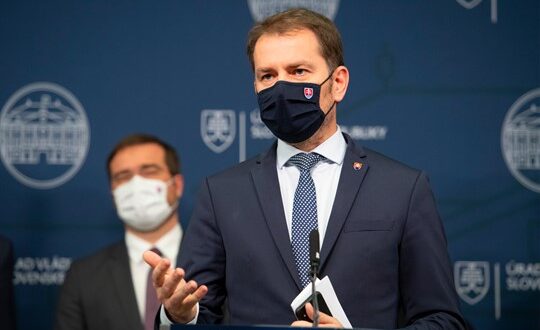 A display of hubris by Slovakian Prime Minister Igor Matovic over a controversial Russian coronavirus vaccine has cost him his job and shaken a reformist government in which many Slovaks had invested so much hope.

On April 1, Matovic resigned, just over a year after coming to power following an election victory billed as a political earthquake. He has stayed on as finance minister in a government now led by Eduard Heger, of Matovic’s Ordinary People and Independent Personalities party, in a neat job-swap that saved the four-party ruling coalition.

Post Views: 40
Previous Bulgaria’s Fractured Politics Marks the End of the Borissov Era
Next Victims of the Balkans Wars Are Still Seeking Justice

Serbia’s Vucic Wants to Control the Montenegrin Govt. It May Backfire