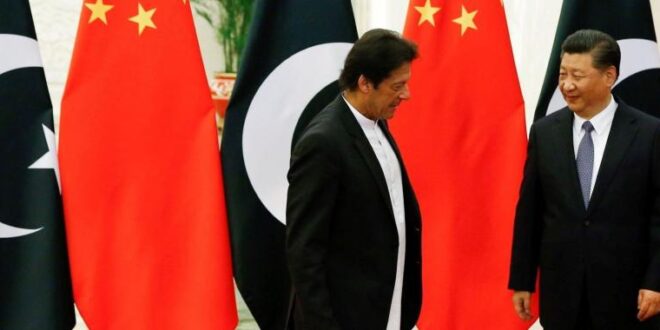 Islamic identity has been a critical part of Pakistan’s national ethos and has remained a principal determinant of its political history and foreign policy. But it also creates awkward situations, such as the question of the Uyghurs in relations with China.

Pakistan is one of only a few states where religion has remained a key ideological attribute of nationhood. The centrality of religion in its national ideological outlook is rooted in the political history of the Indian subcontinent, particularly under the British Raj. Pakistan’s struggle for freedom revolved around the political advocacy and mobilisation of the All-India Muslim League, the largest organisation representing Muslims in India. Although the Muslim League did not at first advocate for a separate Muslim state within India, the political squabbling with the All-India Congress and the communal agenda that dominated provincial governments from 1937–39 compelled the Muslim League to change its approach. The enshrining of religion within the Pakistani freedom movement was further cemented by the ‘Objectives Resolution’ of 1949, although it was not until 1973 that Pakistan constitutionally became an Islamic Republic.

These ideological fundamentals have also been visible when it comes to the foreign policy outlook of Pakistan. Successive Pakistani leaderships have striven hard to further cooperation and partnership within the Islamic world and to develop a united stand on key conflicts affecting Muslim populations, such as in Palestine and Kashmir. Pakistan’s former Prime Minister Zulfiqar Ali Bhutto was a great champion of pan-Islamism and harboured a very close and personal relationship with the late Saudi King Faisal in particular. Through its membership of the Organisation of Islamic Cooperation (OIC), Pakistan was able to heal some of its internal wounds: at the second OIC summit in Lahore in 1974, when Muslim heads of state brought with them Sheikh Mujeeb-ur-Rehman, the president of Bangladesh – which had won its independence from Pakistan – the Pakistani leadership and people welcomed him and accepted Bangladesh’s political status. Pakistan supported the Arab alliance in the Arab–Israel war of 1973, and Pakistani pilots downed Israeli jets in aerial combat while flying Syrian Air Force planes. Furthermore, Pakistan lent its full support to the Mujahideen in their fight against the Soviet occupation of Afghanistan, and the country also hosted millions of Afghan refugees as the conflict escalated.

Sensitivity towards the suffering of Muslims and towards Muslim causes across the globe has remained a recurrent theme within Pakistan’s broader political environment. In the 1990s, Pakistani governments were particularly perturbed by the wars of Yugoslavia’s breakup and the suffering of Muslims in Bosnia and Herzegovina and Kosovo, and were at the forefront of humanitarian relief efforts; Pakistan even hosted Bosnian refugees. Furthermore, the country’s decision-makers tried to initiate political engagement with the newly liberated Central Asian states and Azerbaijan after the disintegration of the Soviet Union. Pakistan was one of the first states to recognise Azerbaijan and fully supported the new republic in its hostilities against Armenia. Pakistan’s leaders never recognised Armenia owing to its illegal occupation of the Nagorno-Karabakh region of Azerbaijan. In turn, Azerbaijan has consistently supported Pakistan on the issue of Kashmir in all international forums.

In the most recent flare-up between Azerbaijan and Armenia, Pakistan, Turkey and Israel were the only three countries to lend full political support to the Azeri side – a rather unusual combination of states, but not one that contradicts Pakistan’s long-term engagement. Furthermore, it is significant that this support for Azerbaijan was not limited to decision-making quarters in Pakistan, but was very much visible within the Pakistani media and social media networks – owing in part to a spike in travel from Pakistan to the Caucasian state over the past decade.

But China is Different

Yet the reaction in Pakistan has not been as strong when it comes to the question of Uyghur Muslims in China and the alleged heavy-handedness of the Chinese state in its dealings with this ethnic group. In 2009, the approach of the Chinese state toward its Uyghur population took a security-focused turn after clashes erupted between Uyghur and Han ethnic communities in Urumqi, resulting in the deaths of 140 people. More recently, debate has been focused on the Chinese government’s initiative to establish what it refers to as vocational training centres, but that Uyghur and international human rights groups label detention and internment camps. This has shored up the discourse of a systematic campaign launched by the Chinese state to control and police the Uyghur population, to erase the Islamic identity of Uyghurs and to impose a state ideology upon them.

As the issue has gained traction across print, electronic and social media, the official line of Pakistan has remained rather unclear. In September 2018, reports emerged that Pakistan had urged China to relax its heavy-handed approach towards the Uyghurs, as it could propel them towards violence and extremism. However, in a complete about-turn, when Prime Minister Imran Khan was asked about the Uyghur issue in a media interview, he downplayed it and said he did not know much about the problem. The stance of Pakistan’s national security advisor was similarly dismissive when he was asked about Pakistan’s position on the plight of Uyghur Muslims in China.

The Pakistani government’s discourse on the Uyghur issue gives us an insight into the nature of Pakistan–China ties, where a Pakistan increasingly dependent on and connected to China in the economic, security and political spheres through the auspices of the China–Pakistan Economic Corridor has neither the will nor the capacity to become embroiled in the Uyghur problem. From a Pakistani perspective, China is not only Pakistan’s key security partner but also a direct neighbour. With the deterioration of China–India ties and the breakdown of the so-called Wuhan Consensus supposedly reached by India and China at a summit in 2018, Pakistan’s approach of maintaining a pragmatic silence over Chinese affairs is strategically justified. Additionally, Pakistan does not have a particularly amicable relationship with its other neighbours, and thus for its policymakers there is not much incentive to create complications in bilateral ties with China by attempting to interfere in an issue that the Chinese state considers a strictly internal one.

The public narrative within Pakistan on the issue has been dominated by the usual conspiracy theories, particularly regarding the role of the US administration in manipulating developments within Xinjiang and attempting to use them for its own political goals. This makes it easier for the Pakistani government to keep playing with words and deflecting the issue at no political cost.

Another critical factor that has shaped the perspective of Pakistanis on the issue is the impression that Western governments, media outlets and pundits have been unequivocally supportive and sympathetic towards the Uyghurs, but that they are not as interested when it comes to the issue of Kashmir and the human rights abuses carried out by India. Such double-standards only further confirm the suspicion among Pakistani policymakers and the public that the West’s interest in the Uyghur issue is perhaps more political than humanitarian. This shows the deep level of mistrust within Pakistan towards Western political and media discourses.

Muslim countries involved in China’s Belt and Road Initiative have also been extremely careful not to provoke Beijing, as this would have serious economic and political repercussions. It is in this vein that even countries like Turkey, which share ethnic bonds with the Uyghurs, have had to tone down their rhetoric on the situation. Yet, all these points do not absolve Pakistan from addressing the Uyghur issue, especially when it has been at the forefront of supporting Muslim causes such as Kashmir and Palestine in international forums and demanding an end to human rights abuses in those places.

Perhaps Pakistan can play a central role in addressing the Uyghur problem, as it remains a key Chinese ally whose words of concern would not be considered ill-intended. At the same time, only a comprehensive engagement by all Muslim countries with the Chinese state would carry sufficient weight to alter the current status of the Uyghur population. Acting alone, Pakistan has far too much to lose and potentially nothing to gain if it opts for such advocacy at a time when no other Muslim country will confront China.

Post Views: 54
Previous Japan’s Russia Policy Under Prime Minister Suga
Next The US and China in the Middle East: Rivals or Partners?