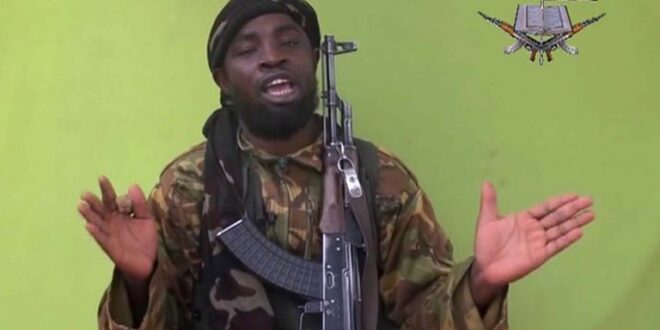 ISWAP has killed Boko Haram leader and longtime nemesis, Abubakar Shekau, and seeks to take over his faction’s bases in Nigeria.

With the potential collapse of Shekau’s Boko Haram faction, ISWAP will be less distracted from implementing its civilian-centric insurgency strategy.

Some portion of Shekau’s remaining faction could defect to ISWAP, making the group more dangerous and strengthening the insurgency.

The Nigerian military is yet to indicate any change in its strategy as a result of Shekau’s death.

Abubakar Shekau was Boko Haram’s first leader after the group launched an insurgency that started in Nigeria and subsequently spread to Niger, Cameroon, and Chad, beginning in approximately 2010. Shekau soon gained a reputation as one of the world’s most brutal terrorist leaders, killing sub-commanders for frivolous infractions and slaughtering Muslim civilians who steadfastly refused to join his interpretation of “jihad.” As a result, a faction called Ansaru broke away from him in 2012, with the approval of al-Qaeda. However, the Chibok kidnapping of almost 300 schoolgirls in 2014 – in which Shekau claimed to “enslave” the mostly Christian girls – garnered Shekau the international notoriety he retained until his recent death. By that time, Shekau had also ordered the killings of Ansaru members, which led to that faction’s diminishment.

The Nigerian government announced multiple times since 2010 that Shekau was dead only to see him boast that he was still alive in online videos. However, last month, Nigerian publication HumAngle, which has insider sources to Shekau’s rivals in Islamic State in West Africa Province (ISWAP), also reported his death. As the source of Shekau’s death was for the first time not the Nigerian government, but a credible independent news source, it appeared plausible that Shekau was indeed deceased. Subsequent audiotapes from ISWAP’s leadership confirmed that ISWAP killed Shekau on orders from the so-called Islamic State. Back in August 2016, ISIS’ former “caliph” Abubakar al-Baghdadi personally ordered Shekau’s ejection from ISWAP due to Shekau’s excesses, including sending hundreds of girls on suicide bombing operations that killed Muslim civilians.

According to ISWAP, after its fighters invaded Shekau’s bases in Sambisa, Borno State with support from some Shekau faction collaborators, in May, Shekau detonated a suicide bomb, killing himself, rather than being captured by ISWAP. ISWAP had hoped Shekau would instead surrender, pledge loyalty to the Islamic State, and volunteer to bring his fighters under ISWAP’s authority. In his final audiotape before his death, Shekau reiterated that he was in fact loyal to Islamic State but was unwilling to submit to ISWAP leadership. Up until his death, Shekau believed that ISWAP leaders had deceived core Islamic State into recognizing their leadership of the group, bypassing his authority. ISWAP audio releases since Shekau’s death also indicate some of Shekau’s fighters in Sambisa have now joined ISWAP and are relieved to be free from the whims of his capricious command, and especially his brutality. However, Shekau’s highest ranking commander in the Lake Chad region is now fighting against ISWAP, including abducting the group’s family members, in order to avenge Shekau’s death. What remains unclear is what Shekau’s Cameroon-based fighters, who are infamous for their raids of border communities, will choose to do.

At least one of Boko Haram founder Muhammed Yusuf’s sons was believed to be with Shekau in Sambisa. It is unclear whether any of Yusuf’s sons or another Shekau loyalist will step forward to lead the faction after his death. If Shekau’s faction is unable to put forth a strong successor, the group will likely dissolve. The result could be hundreds of roving and marauding fighters who prey on and pillage from civilians without any organizational coherence or strategy, although some members would likely join ISWAP. While Shekau’s faction attempts to sort out its next step, ISWAP is seeking to consolidate in Sambisa. This provides ISWAP a dominant position throughout Borno, with only Lake Chad remaining as a contested region with the remnants of Shekau’s faction. After a lull in ISWAP attacks following Shekau’s death, the group has also restarted attacks, focusing on Diffa, Niger, Damboa, Borno, and most recently, Dikwa, Borno. Shekau’s death will allow ISWAP to continue focusing on attacks against Nigeria’s army while distinguishing ISWAP from Shekau’s methods among civilians through its civilian-centric insurgent strategy. This strategy’s main proponent, Abu Musab al-Barnawi, who is also a son of Muhammed Yusuf, was reconfirmed as ISWAP’s leader only days before Shekau’s death.

The Nigerian military does not appear to have changed its counterinsurgency strategy as a result of the confrontations between ISWAP and Shekau’s faction following his death. The government was also caught somewhat flatfooted, watching ISWAP kill Shekau even though the government had proclaimed incorrectly multiple times to have done so. Nevertheless, the key challenge for the Nigerian military is that ISWAP is not only more militarily capable than Shekau’s faction, but it is also more focused on garnering civilian support than Shekau was. ISWAP’s ability to win recruits and gain local support is what ultimately makes it a greater challenge to Nigeria’s army than Shekau’s faction ever could have been with him alive and leading the group.