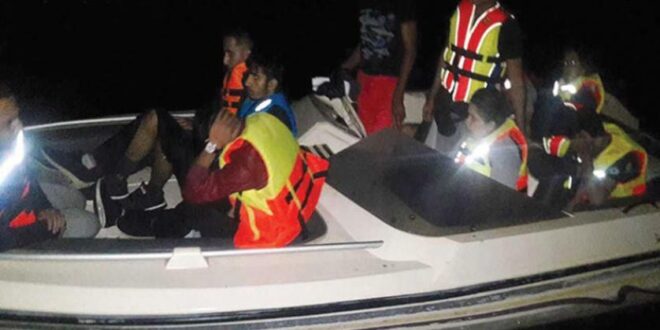 The Lebanese Army Command said on Sunday it has foiled an attempt to smuggle Syrians by sea from northern Lebanon.

“A navy patrol unit intercepted a boat that was spotted at a distance of 5.5 nautical miles off the coast of Tripoli, while attempting to smuggle 10 Syrians and one Lebanese through Lebanon’s territorial waters,” the army said in a statement.

“The detainees were turned over to the concerned authorities,” it added as a probe was opened in the incident.

The army has tightened its security measures along the Lebanese coast to prevent illegal trafficking operations from Lebanon to Europe.

Last month, the military foiled an attempt to smuggle 60 Syrians by sea.

Smuggling attempts have been on the rise in Lebanon, especially among Syrian refugees. Lebanon is just 160 kilometers from Cyprus.

As well as hosting more than one million refugees from war-torn Syria, Lebanon is grappling with its most severe economic crisis in decades.

In 2002, Lebanon and Cyprus signed a bilateral agreement to cooperate in combating organized crime, including illegal immigration and human trafficking.

The two countries are also bound by an agreement to return boats carrying illegal immigrants to the country from where they had set off.